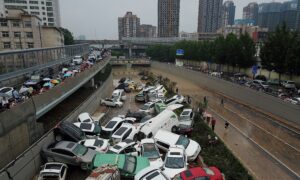 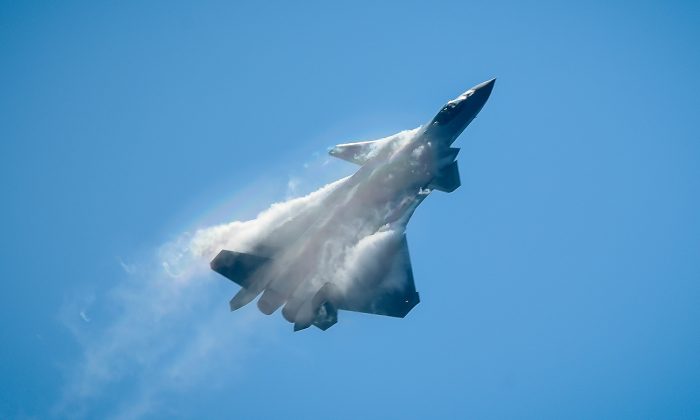 China Shows Off at Its Largest Airshow, but Experts Discern Weaknesses

The Chinese military began showing off its latest aircraft at the country’s largest airshow, the 12th China International Aviation and Aerospace Exhibition, from Nov. 6 to Nov. 11 this year. But military experts observing the event noted a slew of weaknesses in what was meant to be a show of strength.

The exhibition in the city of Zhuhai, in southern China’s Guangdong Province, featured modern Chinese-designed combat aircraft and their capabilities, in particular the fifth-generation J-20 stealth fighter and jet-thrust vectoring controls on the J-10B, a light multirole fighter.

The J-20, designed by the Chengdu Aerospace Corporation, was the focus of of the airshow, being China’s indigenous fifth-generation jet fighter.

Fifth-generation military aircraft, among which are the American F-22 Raptor and F-35 Lightning II, as well as Russia’s Sukhoi Su-57, are characterized by their stealth and ability to supercruise, or fly at supersonic speeds without using afterburners.

The J-20 made its maiden flight on Jan. 11, 2011, and was officially revealed at the last exhibition in 2016. It entered service with the People’s Liberation Army Air Force in March 2017 and was assigned to combat units in February.

Three J-20s performed in the airshow on Nov. 6, with a flight time of six minutes. Observers have noted many similarities with the American F-22, which first flew in 1997 and entered service with the U.S. Air Force in 2005.

Harry Kazianis, director of defense studies at the U.S. Center for the National Interest, told CNBC in 2017, “What Beijing has been very good at is targeting U.S. defense contractors, getting into their computer systems through various types of, essentially, cyberwarfare and stealing the designs of some of America’s best military assets.”

In March 2016, the U.S. Department of Justice published an indictment in which Su Bin, a Chinese national pleaded guilty to participating in a years-long conspiracy to hack into the computer networks of major U.S. defense contractors, steal sensitive military and export-controlled data, and send the stolen data to China. Some of the data was related to the F-22 and F-35, according to media reports.

A major weakness of the J-20, like other Chinese military aircraft, lies in its engines as local manufacturers struggle to master the technology. In September, the WS-15 engine installed in the J-20 was reported to have been improved, but “minor problems” persist. A report by National Interest suggests that the J-20 cannot maintain its stealth qualities at supersonic speeds.

The older J-10B fighter also featured at Zhuhai, with special attention paid to its thrust vectoring control capabilities. The planes demonstrated this technology with three kinds of maneuvers, including the Pugachev’s Cobra, the Herbst maneuver, and the falling leaf maneuver.

In the falling leaf maneuver, the aircraft stalls in mid-flight, and as it falls, induces a spin. The stabilizers counter the directional forces, allowing the pilot to spin in opposite directions, like a leaf.

Hong Kong’s Ming Pao quoted Wong Dung, chairman of the Macao International Military Association, as saying that thrust vectoring control capabilities are critical in such advanced and complicated maneuvers, as they aid in quick changes of direction and position. But the technology has high material requirements, or else the jet may catch fire while airborne.

Wong noted that for reasons that are still unclear, the J-10B only turned once in the falling leaf maneuver, but the Russia-designed Sukhoi Su-35, which China imported in 2017, can do so multiple times.

According to Wong, Chinese aerospace technology lags over 20 years behind the United States and Russia.

China has been trying to close that gap using forced technology transfers, as well as espionage.

On Oct. 30, the U.S. Department of Justice announced that it had charged 10 Chinese nationals with conspiracy to steal aviation technology from aircraft engine supplier CFM International, a joint venture between America GE Aviation and French Safran Aircraft Engines.

On Oct. 10, Belgian authorities extradited a Chinese intelligence officer to the United States. He was charged with attempting to steal intellectual property related to jet engines.