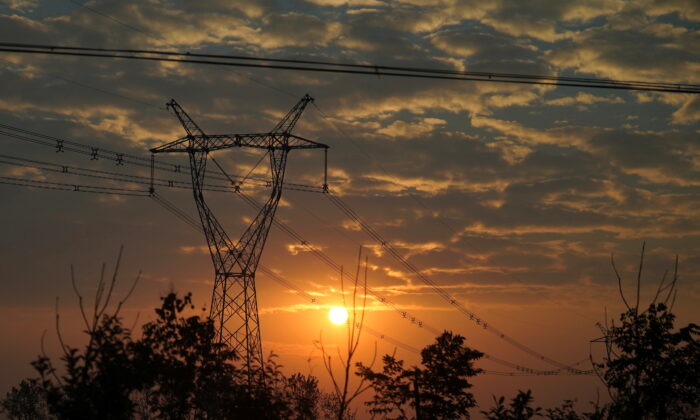 BEIJING—Power consumption surged in Chinese provinces north of the Yangtze river due to warmer-than-normal weather, with regions like Henan, China’s third-most populous province, being tested to meet record electricity demand.

The maximum power demand load in Henan, which has a population of nearly 100 million people, set a new record of 65.34 million kilowatts on Sunday, state television reported on Monday.

While the provincial grid was able to cope with the heavy demand, electricity supply in Henan is expected to be relatively difficult this summer, according to the report, with the maximum load seen rising further to nearly 75 million kilowatts.

As temperatures climb, demand for power rises as homes and businesses crank up air conditioning, peaking typically around the end of July and beginning of August in China.

In contrast to the heaviest rainfall in 60 years in southern China, Henan and nearby Shandong and parts of Hebei have battled with scorching heat waves and drought-like conditions this month.

The high temperatures will persist through Tuesday, with Henan, Hebei, and Shandong still the core areas of the warm weather, China’s meteorological administration said.

In Jiangsu, the maximum power demand load in China’s fourth-most populous province broke above 100 million kilowatts on June 17 for the first time this summer, 19 days earlier than in 2021.