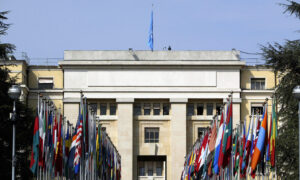 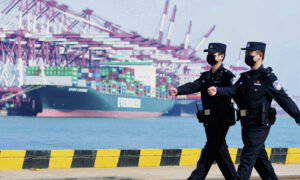 China Suspends More Penalties on US Goods After Trade Truce
0 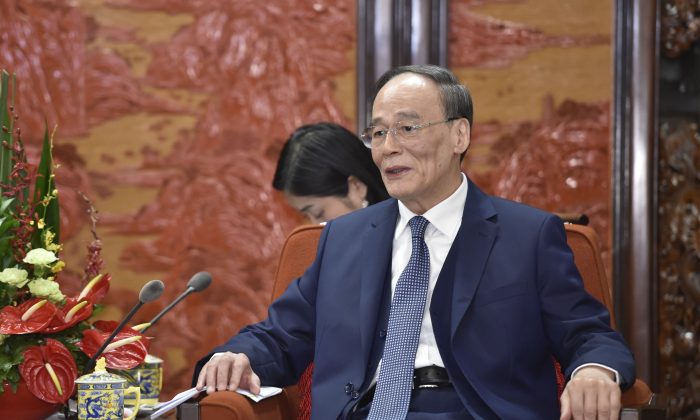 China has invited the United States’ top bankers to a gathering in Beijing to discuss relations between the two countries, amid an impasse with President Donald Trump on trade issues and tariffs.

According to the Financial Times, a roundtable will be held in Beijing on Sept. 16. It will be co-chaired by Zhou Xiaochuan, a former chief of the People’s Bank of China (PBoC), and John Thornton, chairman of the Barrick Gold Corp. and a former Goldman Sachs executive.

The U.S. bankers received their invitations from Fang Xinghai, vice-chairman of China Securities Regulatory Commission. Fang had been tasked with the goal of defusing China–U.S. trade tensions, before the United States imposed a 25 percent tariff on $50 billion worth of Chinese imports.

Before the meeting, the U.S. delegation will meet with Wang Qishan, China’s vice chairman and an important political ally of Chinese leader Xi Jinping, the FT reported.

“Those of us in the financial industries of both countries realize that we have an obligation to help improve U.S.–China relations,” the FT reported, citing a person involved in the roundtable discussions. “This relationship is too important to be wrecked by a few people.

Representatives from the Chinese side will include PBoC head Yi Gang, banking and insurance regulator Guo Shuqing, and Liao Min, a vice minister of finance.

The China–U.S. Financial Roundtable is Beijing’s newest move following Trump’s announcement that the United States was planning on imposing punitive tariffs on all $500 billion of Chinese imports. Chinese authorities aim to hold the roundtable forum every six months, to discuss potential economic and financial reforms.

It’s also the first time that Wang, an experienced negotiator and statesman, has involved himself directly in the trade war, though the nature of his participation in the forum as well as what approach he plans to take are uncertain. In 1995, Wang was head of the China Construction Bank. He helped to set up China’s first investment bank, the China International Capital Corporation, as a joint venture with U.S. investment bank Morgan Stanley.

According to statistical data from the U.S. Department of Commerce, in 2017 the United States imported $505.6 billion of goods from China, and exported $130.4 billion, making a trade deficit is $375.2 billion in Beijing’s favor.

To date, both the United States and China have imposed punitive tariffs on $50 billion worth of trade goods from the other side. Trump’s administration is prepared to levy tariffs on another $200 billion of Chinese imports as early as this week.

On Sept. 7,  Trump said he was floating the idea of additional tariffs on $267 billion worth, or the entirety, of Chinese goods exported to the United States.