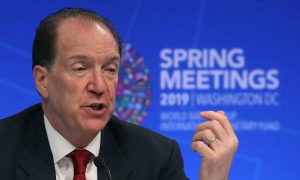 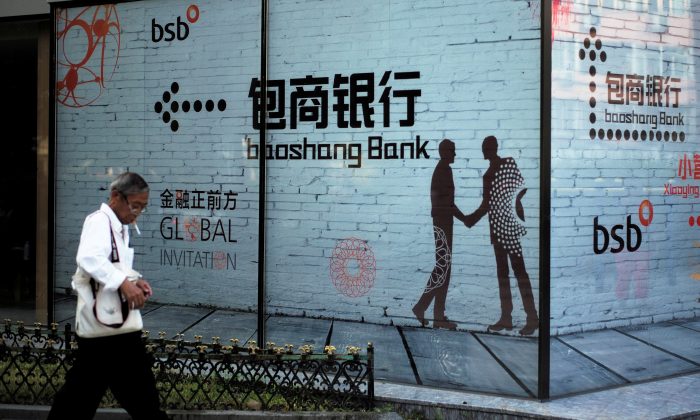 A man walks past a building with an advertisement of Baoshang Bank in Beijing on Sept. 8, 2018. (Reuters)
China Business & Economy

The International Monetary Fund published a white paper in March 2019 complimenting the Peoples Bank of China’s (PBoC) for “allowing a greater role for market forces to determine the renminbi currency exchange rate,” and for fostering a “liquid and efficient short-term interbank money and government securities markets” to mitigate risk taking.

After a decade of the United States and others complaining that China’s rulers were undervaluing the yuan exchange rate to unfairly take global manufacturing market share, the IMF viewed China’s new “transparency and communication” as key to calming trade war tensions through a protracted appreciation of yuan exchange rates.

But just three months later, the PBoC was forced to seize insolvent Baoshang Bank and Bank of Jinzhou citing “serious” credit risks. Given that securities markets had assumed that Communist China would not let any of its banks fail, the ensuing shock caused interbank lending to freeze up. The PBoC was forced to inject about $95 billion of credit liquidity over the next week, mostly to stabilize small and medium sized banks.

Over the next two weeks, the one-month SHIBOR lending rate jumped from 2.50 percent to 4.65 percent, its highest level in over two years. According to Liu Peiqian, Asia strategist at Natwest Markets Plc in Singapore, “The Baoshang incident has made investors question the quality of similar assets and tightened interbank funding.”

“The central bank shouldn’t and can’t try to wipe out market volatility entirely,” but what it can do is just make sure there won’t be any credit crunch.” Qu added that Bloomberg data forecast that the PBoC would be able to drain 2.9 trillion ($42.5 billion) of emergency excess liquidity from the banking system between June and August.

Although the markets seemed to stabilize, Barclays Research issued a report last week highlighting that there were another 18 Chinese banks with $637 billion in assets that had still not filed 2018 annual reports.

One of the banks on the list, Hengfeng Bank Co. Ltd., disclosed on Saturday that the company had received PBoC approval for a restructuring plan that would include Central Huijin Investment Ltd., a unit of China’s sovereign wealth fund, and Shandong Province taking majority control of the joint-stock company with a 30 billion yuan ($4.3 billion) investment.

But a Hengfeng Bank source told Caixin: “Central Huijin is a market-oriented institution, so the size of its investment will depend on the result of due diligence, including the quality of the (bank’s) assets.” Another source indicated that the investment would also be subject to how much of the Hengfeng’s bad assets can be stripped away.

The PBoC takeover of Baoshang Bank was the first nationalization of a non-state lender since the shutdown of the Hainan Development Bank in 1998. Three banks being seized in a short period have increased investor suspicion regarding China loan quality.

The Epoch Times reported on July 31 that the China Securities Regulatory Commission had suspended 43 initial public offerings after it was announced that China’s second-largest accounting firm, Ruihua Certified Public Accountants, was under investigation for falsifying financial data of at least one of its over 1,000 public Chinese clients.