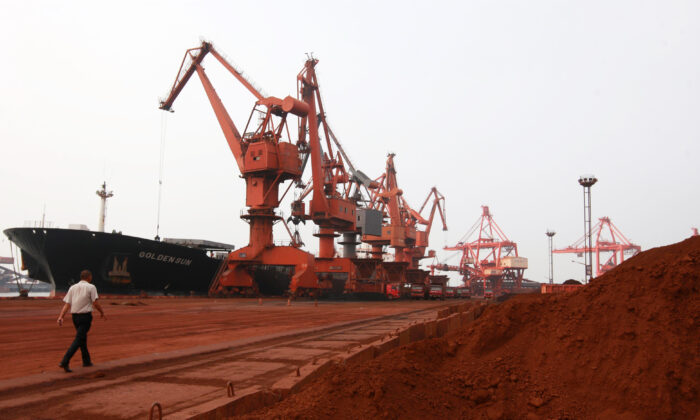 China is to boost this year’s quota of rare-earth metal production by 20 percent, to a record high. In recent years, countries such as the United States have been concerned about the threat of the communist regime leveraging its dominance in these essential materials.

The country plans to produce 168,000 tons of rare earth in 2021, up from 140,000 tons last year, according to Reuters, which cited a recently released notification from China’s Ministry of Industry and Information Technology and the Ministry of Natural Resources.

The quota for smelting and separation operation, or processing rare earth elements into a form that manufacturers can use, is 162,000 tons, also up 20 percent on the year, according to the notification.

This marks the fourth straight year the quota has risen, now reaching the highest level on record, according to Japanese outlet Nikkei Asia.

Rare earths are 17 elements on the periodic table vital in many industries, including consumer electronics, green technologies, medical tools, and defense. These critical minerals are also key to the production of weapons guidance systems, jet engines, sonar devices, and laser weapons.

The elements are abundant and easy to mine; they’re called “rare” because they’re difficult to separate and refine into a usable form.

In the 1980s, the United States was the world leader in the production of these elements.

Currently, China controls about 80 percent of the global rare earth supply, and has previously cut off its exports as a retaliatory tactic against other countries.

At the height of the U.S.–China trade war in 2019, there was speculation that Beijing would use rare earth exports as a “counter-weapon” against the United States.

Early this year, Chinese regime officials reportedly explored whether curbing such exports to the United States could cripple its production of F-35 fighter jets.

Confronted with the threat of losing access to these essential materials, the Biden administration was seeking ways to reduce the United States’ strong reliance on China.

In September 2010, tensions between Japan and China erupted after a Chinese fishing boat collided with two Japanese coast guard ships near uninhabited islands in the East China Sea claimed by both countries.

Japanese authorities later detained the boat for an investigation. The action infuriated Beijing, which retaliated by imposing a ban on rare-earth metal exports to Japan. After about a month, Beijing lifted the ban.

Rare earth is also a crucial issue as Beijing seeks to develop a relationship with Afghanistan, which is estimated to hold rare earth elements worth up to $3 trillion.

After the Taliban’s swift takeover of Kabul in mid-August, the Chinese Communist Party welcomed the Taliban’s rise in the war-torn nation.