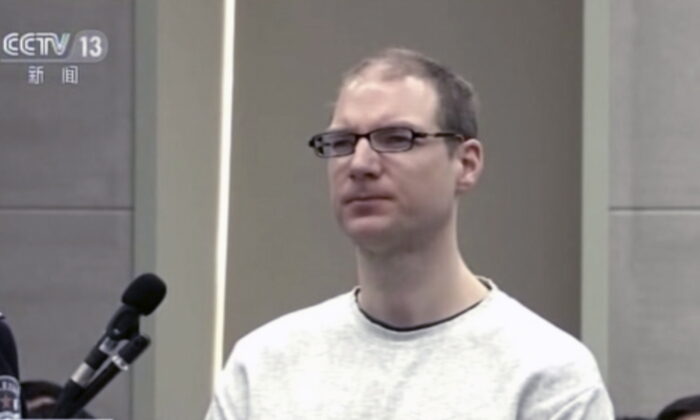 A Chinese court on Tuesday upheld a death sentence against Canadian citizen Robert Schellenberg, who is convicted of drug charges in China.

Schellenberg has been detained in China since 2014. He was originally sentenced to 15 years in prison in late 2018, but shortly after the arrest of Huawei executive Meng Wanzhou in Canada in December 2018, he was brought back to court and given a death sentence in a one-day retrial.

The court’s decision to uphold Schellenberg’s death sentence came at a critical point in Meng’s case in Canada, as she battles an extradition request from the United States on fraud charges related to violating Iran sanctions.

The high court in the northeast province of Liaoning heard Schellenberg’s appeal against the death sentence in May 2020 and the verdict was confirmed on Tuesday.

Canada’s ambassador to China, Dominic Barton, condemned the decision in a phone call with reporters after attending the hearing.

“It is not a coincidence that these are happening right now, while the case is going on in Vancouver,” Barton said, referring to both Schellenberg’s case and another Canadian, Michael Spavor, who is currently detained in China on espionage charges.

Canada’s Minister of Foreign Affairs Marc Garneau said in a statement that the country strongly condemns China’s decision to uphold the death penalty sentence against Schellenberg.

“We have repeatedly expressed to China our firm opposition to this cruel and inhumane punishment and will continue to engage with Chinese officials at the highest levels to grant clemency to Mr. Schellenberg,” Garneau said.

“We oppose the death penalty in all cases, and condemn the arbitrary nature of Mr. Schellenberg’s sentence.”

China has rejected the suggestion that the cases of the Canadians in China are linked to Meng’s case in Canada, though China has warned of unspecified consequences unless Meng is released.

Spavor’s verdict is also expected to be announced in the coming days. Spavor and Canadian Michael Kovrig were detained in China in December 2018 and were formally charged with spying in June 2020.

Kovrig’s trial was conducted in March. It isn’t clear when he will be sentenced.

Chinese state-affiliated media Global Times said on Twitter following the decision that Schellenberg’s case “enjoys broad support” from the Chinese public because “they believe mercy to drug dealers equals infringement on the rights of Chinese.”

Margaret McCuaig-Johnston, a senior fellow at the University of Ottawa’s graduate school of public and international affairs, told The Guardian that Schellenberg’s case is a typical case of “hostage diplomacy.”

“It’s very clear this is being used as leverage to try get madam Meng sent home to China,” she said.

Besides Schellenberg, Canadian citizens Fan Wei, Ye Jianhui, and Xu Weihong have also been sentenced to death on drugs charges in China over the past two years.