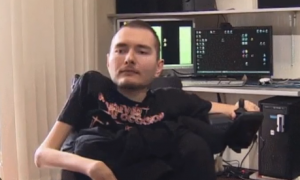 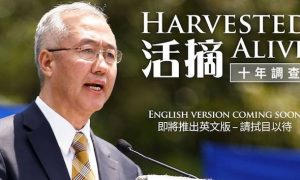 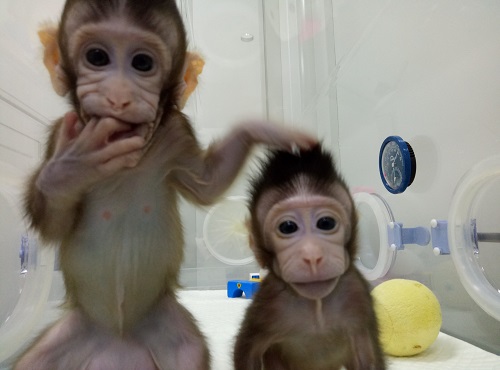 When embryos 78 and 79 survived they were given names to fit the occasion—Zhongzhong and Huahua.

Created in a Shanghai lab, these two identical long-tailed macaques are the worlds first cloned monkeys, revealed on Jan. 24 in the journal Cell.

Separately the monkeys’ names are just cute affectations. Put them together, however, and the propaganda, ambition, and power play that underpin China’s state-sanctioned research are revealed.

China has been dubbed the ‘Wild East’ of biomedical research for allowing research banned elsewhere.

“That’s a powerful statement,” said Karen Rommelfanger, director of the Center of Ethics at Emory University, referring to the names. “It’s a stake in the ground, a sign with flashing lights.”

Primate cloning has long been seen as a step in the progression toward human cloning, so Zhongzhong and Huahua have naturally stirred up concerns that human cloning is just around the corner.

Rommelfanger says the monkeys are a PR coup for Chinese authorities to ply their no-holds-barred research.

“It is meant to showcase the kinds of high-stakes work that China is housing.”

Rommelfanger is senior associate editor of the American Journal of Bioethics Neuroscience. She convenes an annual global summit on neurobiology ethics, giving her insights into China’s research agenda.

She says that this kind of research, pushing the boundaries ethics, is about pushing a national agenda.

She said that the Chinese are exploiting the fact that such research is relatively easier to carry out in China.

“I think that’s become increasingly culturally challenging to be doing this kind of work [in the United States],” Rommelfanger said.

The stated purpose of cloning the monkeys is to provide a supply of genetically identical animals for medical research.

“The reason … we broke this barrier is to produce animal models that are useful for medicine, for human health,” research supervisor Muming Poo, told Reuters.

The barrier he’s referring to is being able to clone an animal so genetically similar to humans.

When Dolly the sheep was famously cloned in 1996, it spawned a flurry of clone development in other species and sparked concerns about human cloning.

However, it turned out that not all species are as easy to clone, each having its own challenges, with primates presenting the biggest challenge.

At the time, it was described as a natural obstacle that put the brakes on the rush toward human cloning, allowing the breathing space to patch together laws and guidance on human cloning.

“It’s almost like God in her wisdom said go ahead and clone cows and sheep, but if you clone a human I’m going to paralyze the egg,” said researcher Gerald Schatten back in 2003.

Cloning works by taking the DNA from one animal and putting it into an egg cell from another, using electricity to fool it into developing into an embryo. In primates, however, the egg never grew past the most basic phase.

The Shanghai lab realized that the cells’ genes that control its development into an embryo were switched off. So they added two new ingredients (messenger RNA and trichostatin A) to unlock them.

It took 127 eggs, 79 embryos, and 6 pregnancies to produce the two surviving monkeys.

This high rate of failure is why some scientists in the West say the same technique would never be used on humans.

“It could be a step towards human cloning, but why would you do it?” Peter Andrews, professor of biomedical science at the University of Sheffield, UK, told the New Scientist. “In terms of human biology, it’s illegal to clone a human in Britain and many other countries, and I don’t think anyone would rationally want to do it.”

Another reason observers say the latest research won’t lead to human cloning is that the technique only works on fetal cells.

Most animal cloning until now has created carbon copies of adults, sparking dystopian visions of a world of “mini-mes” should the technique ever be used on humans.

Zhongzhong and Huahua are not “mini-mes,” but researchers at the Chinese Academy of Sciences Institute of Neuroscience in Shanghai are working hard on getting there.

Adult cells were already used to successfully produce two baby monkeys from 22 pregnancies, but they died shortly after birth.

“They seem to be developing well, so we are hoping we will produce babies soon,” he said.

Poo said, “There is no intention to apply this method to humans.”

Elsewhere in China, that know-how may already exist. Xu Xiaochun, director of Boyalife Group, a leading Chinese animal cloning operation—dubbed a “cloning factory”—told Agence France-Presse in 2015 that they have the technology to clone humans. But they have been “self-restrained” because of possible adverse public reaction.

China has been dubbed the “Wild East” of biomedical research for allowing research banned elsewhere.

The most high-profile example is perhaps that of Italian researcher Sergio Canavero, whose research on head transplants was rejected on ethical grounds in the United States and Europe, but found a home in China.

On Nov. 22, 2017, Canavero published details of what he described as the first successful head transplant—albeit between two corpses. Canavero, who likens himself to Victor Frankenstein, says the experiment is the precursor to the next stage of transplanting between brain-dead subjects. The step after that is a full head transplant for a living person.

Rommelfanger has raised concerns about the lack of transparency about where the bodies came from.

“There’s been no response from any of the Chinese collaborators about a very fundamental piece of this whole enterprise—which is consenting individuals to participate.”

The medical community has also long criticized China’s use of death row prisoners as a source of transplantation organs. And over the last decade, the international medical community, Western governments, and human rights groups have raised alarm bells over China’s use of prisoners of conscience as living organ banks, ready to be killed to order. Organ harvesting is a multibillion-dollar state-run business in China.