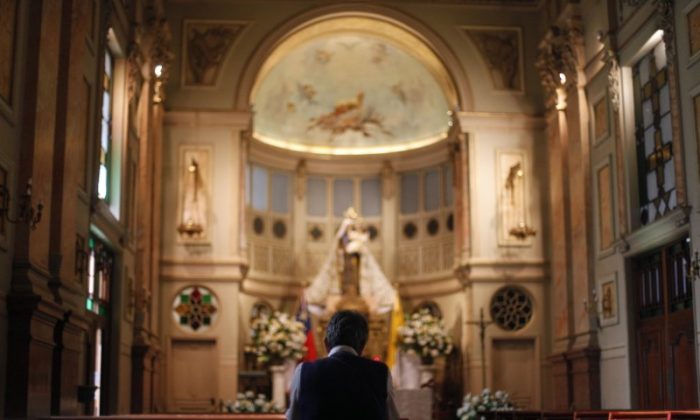 The investigations are among 144 reports of sexual abuse implicating 158 Church workers made since 2000, it added in a statement.

The figures were released at a news conference in the capital Santiago by Luis Torres, the head of human rights and gender crime divisions for the Chilean national prosecutor’s office.

“We have met [with the Chilean Church] and sought to agree a coordinated approach that will help to advance these [live] cases,” he said.

The national prosecuting authority gathered the figures about complaints from around the country for the first time in a bid to take control of a persistent scandal over sexual abuse within the country’s Catholic.

Until now, most cases of sexual abuse in the Church that have been made public have fallen under the country’s statute of limitations and been handled by the Church under canonical law. Victims groups say the sanctions handed out were inappropriate given the severity of the crimes and in some cases the Church failed to take any action.

In addition to the 36 cases under investigation, 108 have been closed, with 23 people convicted, two exonerated, and 22 cases sent to another judicial office because they alleged crimes committed before the year 2000. The rest struck off for lack of evidence or other reasons, the dossier found.

Of those implicated in wrongdoing, it said, 139 were bishops, priests or deacons. Of the 266 alleged victims, 178 were children and teenagers.

In May, Pope Francis summoned Chile’s 34 bishops to Rome where he challenged them over the contents of a report compiled by his top sex abuse investigator that accused them of “grave negligence” in investigating allegations that children were abused and suggested evidence of sex crimes was destroyed.

Anne Barrett-Doyle, of the U.S. press group Bishop Accountability, told Reuters that the cases reported to the civil authorities likely represented a “drop in the ocean” compared to the number of cases only reported to Church authorities and others not reported at all.

“What’s really significant here is that the prosecutor has taken such responsible action against the Catholic Church,” she said. “It is abundantly clear the impunity of the Catholic Church in Chile is ending, that bishops and cardinals will now be answerable to secular law just as average citizens are.”

By Aislinn Laing and Cassandra Garrison