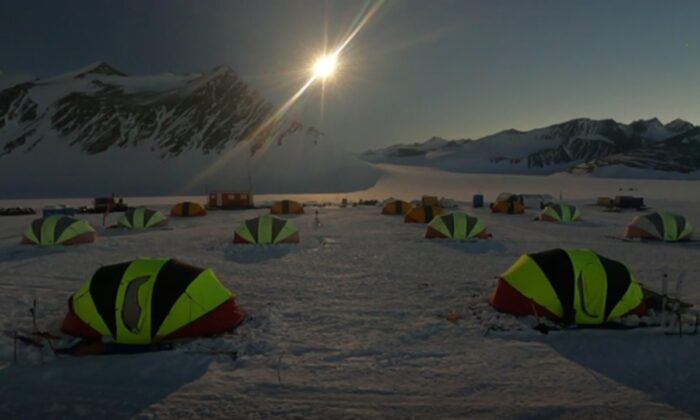 View of solar eclipse as tents camp in snow, in Antartica, on Dec. 4, 2021, in a still image from real-time camera footage released by AP. (Chile Air Force via AP/ Screenshot via The Epoch Times)
Science

Rojo, of the University of Chile, said the good weather made it possible to see the corona.

Personnel from the Chilean Air Force operating at the Joint Scientific Polar Station “Union Glacier” in Chilean Antarctica recorded the event, which drew attention from scientists and astronomers from all over the world.

A few dedicated eclipse observers set up in tents to witness Saturday’s eclipse.

Antarctica is the only location where the total solar eclipse could be seen, according to NASA.