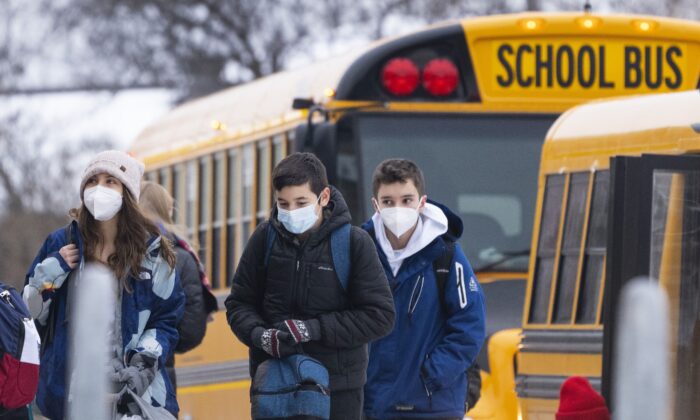 Students arrive for in-class learning at an elementary school in Mississauga, Ont., on Jan. 19, 2022. (The Canadian Press/Nathan Denette)
Canada

Children and the Impact of COVID Restrictions: Helping Kids Ease Back Into ‘Normal’ Life 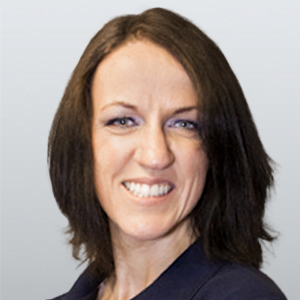 COVID-19 restrictions have significantly affected children in their formative years, imposing a secluded form of education and socialization that parents and health professionals say has had a negative impact on kids’ mental health and their learning experience and progression. As COVID rules gradually relax and children ease back into a more “normal” life, parents and teachers have an important role to play in facilitating this transition.

Lindsay McBride, a registered psychologist in Vancouver, said that flooding young children with negative news and scare tactics, as has been done over the past two years, ultimately affects their core development.

“Since March 2020, we have spent this very significant amount of time telling kids that the world wasn’t safe,” McBride told The Epoch Times.

“Consequently, when we do that on an ongoing basis, we rewire the brain and we change the fundamental structure of the nervous system. So what ends up happening is that the kids have a more automatic reaction to a fight-or-flight response, higher levels of anxiety, less ability to access their frontal lobe, and it shifts the way in which they function.”

McBride said small check-ins from parents and teachers can help a great deal, noting that children need to have a safe place to go to where they can communicate their feelings and know they’ll be listened to and validated.

She added that kids will benefit from having tools and strategies that can help them cope in difficult situations.

“Another [way to] increase resilience is for kids to have a ‘toolbox’ of coping skills that they can turn to when they are feeling stressed or overwhelmed,” she said.

“This toolbox can be developed with a parent, teacher, or mental health professional. Finally, routines, as much as possible, can be beneficial for children that are feelings anxious and overwhelmed.”

Brunner said her 9-year-old son, Jakob, like many other children, became quite stressed due to not being able to see his friends, and it was a struggle to get him to focus for a full day of online school.

“I saw a decline in his mental health, and many other parents that I know found the same thing,” she said. “I feel like the restrictions were more dangerous for children than the actual virus because it caused children to have no interactions amongst each other in person.”

Brunner said awareness and support from teachers and parents can go a long way toward helping children who may be struggling to readjust or adapt as they go back to in-person learning and interactions with peers.

“Teachers should have a meeting or discussion about what to look for in a child that could be suffering from mental health conditions. Parents can inform themselves and speak to their children about mental health problems and have an open conversation about how to seek help if needed,” she said.

Making sure kids know they can speak to an adult or health-care professional can make all the difference between a healthy transition and a stressful one, Brunner added. And teachers and educators can also help to undo the damage done by social restriction, including disproving the stigmas behind talking about mental health issues.

Candice Benoit, an educational assistant in Hamilton, Ont., who has two elementary school children, said she sees the dangers of the COVID restrictions from both a professional and a familial standpoint.

“It has inhibited my children [from] gaining and building social skills,” she said. “They are lacking in personal and interpersonal connection. They’ve lost the connections with peers that they have had for years because they were no longer able to interact due to cohorts.”

In the school context during the pandemic, a cohort referred to a small group of students who were kept together and interacted mainly with one another during the school day. The goal was to minimize the number of people each student has contact with, thus limiting the spread of COVID-19.

Benoit’s daughter also suffers from generalized anxiety, and the restrictions and fearmongering exacerbated her symptoms.

“She’s afraid to be too close to kids for fear of getting sick,” Benoit said. “She’s been told to constantly sanitize her hands, and now it’s created what I consider unhealthy patterns of behaviour—a worry of what will happen without sanitizing in every scenario. Academically this put her back. Emotionally and mentally, the back-and-forth of in-person to remote was taxing on her mental health.”

As the provincial governments move classes back to the in-person format, the risk of contracting COVID-19 is indeed generating various levels of worry among parents and students.

Brunner put those concerns into perspective by noting that “children who become infected with COVID-19 will usually have mild symptoms and recover fairly quickly.”

And “if a child is immunocompromised, then I would say to continue wearing a mask [along with following other] protective measures, as they were doing before the pandemic started,” she added.