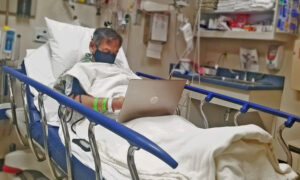 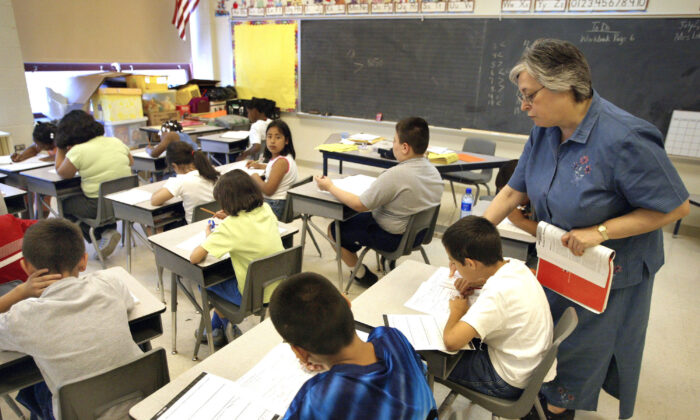 A teacher instructs a student in third grade during summer school in Chicago, on July 2, 2003. (Tim Boyle/Getty Images)
US News

Chicago Schools Chief: Half of Teachers Pressured by Teachers’ Union Didn’t Show up for Work

Nearly half of the teachers in the Chicago Public Schools (CPS) district didn’t show up when they were ordered to return for in-person instructions after the winter break, a district official said.

Janice Jackson, the CEO of the public school district serving some 340,000 students, said in a Tuesday press conference that a little more than 60 percent of all school-based staff have returned to classrooms as expected. That accounts for about half of teachers and three-quarters of assistant and support staff.

Jackson said the number of employees who didn’t return was “significant, considering the fact that they were pressured” by the Chicago Teachers Union (CTU), which has been urging teachers and staff to stay out of classrooms since the early days of the CCP virus pandemic.

CPS has informed those who were expected to return but didn’t that their absence was not excused, Jackson said, noting that the district has an “absent without leave policy,” through which “individuals who are refusing to report to work and who will be considered absent without leave will face progressive discipline.”

“We have sent notices to staff who did not return to ensure that our expectations are clear, and we are optimistic that more staff will report to work in the coming days,” she said. “If staff choose not to attend and support the students who are relying on them, we will handle those on a school-by-school and case-by-case basis.”

Jackson noted that the all-remote learning is failing many students across the city, especially those from black and Latino families.

“We cannot sit back and allow a generation to just falter because of made up reasons around why we can’t do reopening,” she said. “A year from now, there’s going to be a reckoning around what happened to those students that have been sitting at home, not being properly served because many of them have families who have to be essential workers.”

The CTU on Wednesday criticized CPS’s plan of sending public school teachers back for in-person instructions for the first time during the pandemic, arguing that doing so puts teachers’ health in danger.

“We are here this morning to underscore for the public how absolutely callously CPS has treated educators who have requested accommodations or leave,” CTU Deputy General Counsel Thad Goodchild said during a press conference, reported Chicago Sun Times.

Goodchild said that CPS is forcing employees to report to work in-person, even though they have family members with health conditions.

“This is effectively telling employees that they must either go without a paycheck, move out of their homes or risk the lives of their medically fragile relative,” he said.