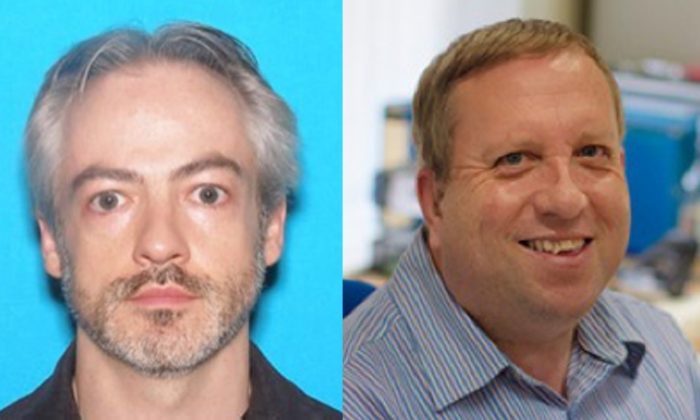 Police say one of the suspects made a $1,000 donation in victims name day after murder
By Matthew Little
biggersmaller
Print

Chicago police said they are closing in on two suspects who fled the area after Trenton Cornell-Duranleau, 26, was stabbed to death in the city’s affluent River North neighborhood last week.

In an unusual twist, one of the suspects appears to have donated $1,000 in the victim’s name shortly after the incident.

Lathem and Cornell-Duranleau appear to have shared an apartment, reported ABC7 News.

Northwestern issued a statement saying Lathem, who has been in the department of microbiology-immunology since 2007, is on administrative leave “and banned from entering the Northwestern University campuses.”

“This is now a criminal matter under investigation by the appropriate authorities, and Northwestern University is cooperating in that investigation,” reads the statement.

The University of Oxford in Great Britain also put out a statement and called for Warren, a senior treasury assistant there, to turn himself in.

“Neither the college nor the university were aware of the case, which is clearly extremely worrying,” it reads.

Police discovered the murder after being called to the Grand Plaza Apartments on State Street at around 8:30 p.m. on July 27. An anonymous tip said that a crime had been committed at a residence on the 10th floor.

That’s where they found Cornell-Duranleau stabbed to death. The young man had graduated from cosmetology school in Michigan and moved to Chicago fairly recently.

Chicago police have put out a national alert and brought in other agencies due to the suspicion that Lathem and Warren fled the Chicago area. Police have also restricted Lathem’s passport and Warren’s travel visa.

“They are both still at large but we have an idea of their whereabouts. Several federal agencies have been assisting us,” Chicago police told The Epoch Times via an emailed statement.

“Efforts to locate them are only intensifying from here on in. Our primary focus is to facilitate a safe surrender and we strongly encourage professor Lathem and Mr. Warren to do the right thing and turn themselves,” reads the statement.

Police said the day after the murder, one of the suspects walked into the public library in Lake Geneva and donated $1,000 in cash in the victim’s name.

Police have said they do not know the motive for the donation or the connection to Lake Geneva.

Police have also not released a possible motive for the murder or disclosed how they linked the suspects to the killing, though they have told reporters they have security camera footage of them leaving the building that night.

Police advise against approaching the suspects and recommend extreme caution. Lathem and Warren are both considered armed and dangerous.