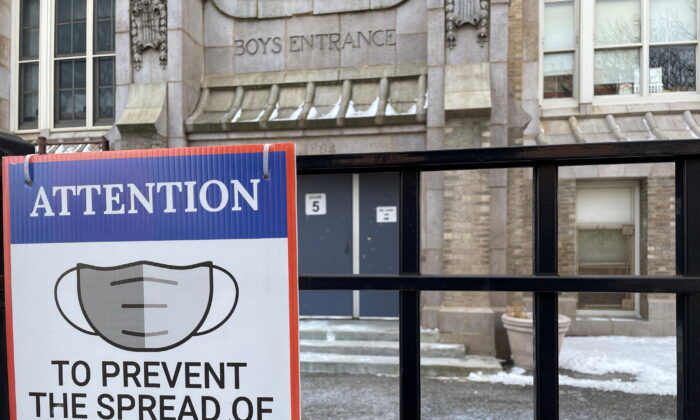 A group of Chicago parents this week sued the city’s teachers union over its refusal to teach classes in person.

The Chicago Teachers Union (CTU) voted on Tuesday night to only teach classes remotely, arguing the rise in COVID-19 cases and an alleged lack of protective measures made it too dangerous to instruct students inside classrooms.

The lawsuit, filed in Cook County circuit court, offers a similar view of the union’s refusal.

The union “never sent a notice of intent to strike to CPS, the regional superintendent, or the Educational Labor Relations Board,” the suit states. “And less than 24 hours elapsed from the time CTU members voted on its measure to authorize a strike on January 4, 2022, and when they did not show up for work in-person the next day, in contrast to the requirement under Illinois law that 10 days elapse from the vote to authorize a strike to the time a strike begins.”

The law in question, the Illinois Educational Labor Relations Act, outlines requirements for when teachers go on strike.

The union, which did not immediately return an inquiry, has said the attempt to shift to remote learning is not a strike. Tennille Evans, a teacher and union organizer, told reporters in a briefing that it’s “a work action, not a strike,” but the parents say that no part of state law, no contract, and no local ordinance authorizes the union to decide to teach virtually without approval from the Chicago Board of Education.

The parents say they’ve been harmed by the situation “because their children are being denied schooling and they have had to secure child care for their children.”

They’re asking the court to make clear that CTU’s actions amount to a strike and that the vote violated the collective bargaining agreement between the union and the city. The court should prevent CTU from continuing to authorize its members to not teach in person unless all conditions set forth in state law are met, and the agreement isn’t violated.

The parents also want the court to award them damages in the form of lost income and cost of securing child care while classes were canceled.

“Throughout this entire pandemic, our kids have paid a tremendous price for adults’ mistakes and miscalculations, and now the teachers’ union has hastily and recklessly put them on their political roller coaster again,” Laurel Golden, lead plaintiff in the lawsuit and a Chicago parent, said in a statement. “The science is clear, and so is the desire of parents: Our kids need and deserve to be in school. This illegal strike must be ended immediately, and we must get kids back into the classroom.”

The union, meanwhile, in press releases and the briefing on Friday indicated there’s no plans at this time to end the refusal to teach in person.

“The COVID cases are spiraling out of control in every neighborhood, and that is why we ask for [remote classes],” Evans said.

Mayor Lori Lightfoot and Chicago Public Schools CEO Pedro Martinez said in a joint statement around the same time that negotiations “continued today and went into the evening,” adding, “The sessions remain productive but must be concluded this weekend.”