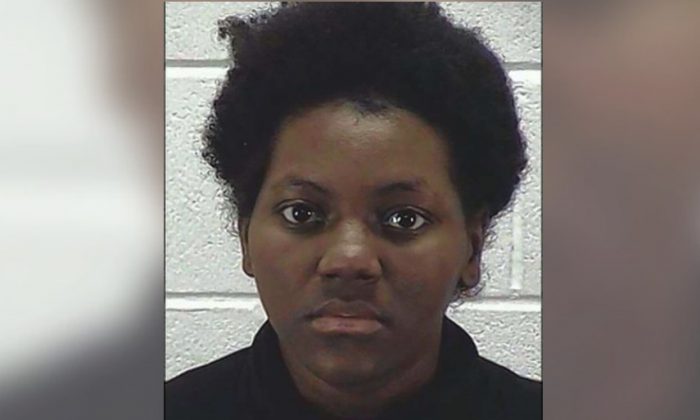 Chicago 6-Month-Old on Life Support, Mother Accused of Slamming Him Into Furniture

Police said a 6-month-old Illinois boy is on life support after his mother allegedly slammed him into furniture, leaving the child unconscious and in critical condition.

The disturbing incident took place in the woman’s suburban Chicago home on Friday, June 21, according to the Aurora Police Department via the Chicago Tribune.

Police said they responded to Jones’s home Friday after a neighbor called 911 at her request, Fox reported. The mother reportedly told investigators that her son had suddenly stopped breathing while she was feeding him.

Responders found the infant lying on the floor and tried to resuscitate him, according to ABC7 Chicago. The child was taken to a nearby hospital and was later airlifted to a Chicago trauma center where he remains on life support, police said via ABC7.

Police cited by NBC said that Jones allegedly admitted to battering the child against a piece of furniture and leaving him unconscious on the floor.

Jones was booked into the Kane County Jail, where she awaits arraignment. Kane County Connects reported that she has been charged with aggravated battery to a child under 13 years old and aggravated domestic battery, both felonies.

In a similar case, a mother accused of murdering her disabled son allegedly told her husband she’d sent the 10-year-old boy to Mexico but instead she kept him in a closet for three years and starved the child to death.

These and other allegations were leveled against 42-year-old Veronica Aguilar during a June 17 preliminary court hearing reported on by ABC7, in which the boy’s mother stands accused of causing his death and staging a long-term cover-up of the crime.

The woman was reportedly so successful with the ruse that her husband Jose Pinzon had no idea Yonatan Aguilar was hidden in a closet too small for him to stretch out his legs in the couple’s tiny Los Angeles house for years, suffering terrible abuse.

Los Angeles Police Department Detective Abel Munoz was cited in the ABC7 report as saying in court Monday that when Aguilar told Pinzon in August 2016 that the boy had died, the stepfather was left “hysterical, panting, hyperventilating, and panicked.”

Veronica Aguilar charged with murder of her 11 year old son. His body appeared malnourished and was found in closet pic.twitter.com/KQpMiPOm8P

Yonatan was found dead in August 2016 in what Los Angeles police have called one of the worst instances of child neglect and abuse they have ever witnessed.

According to the LA Times, on Aug. 22, Aguilar told Pinzon that the boy had died and led him to the bedroom closet to show him the shocking truth.

Authorities cited in the report said Yonatan’s body was wrapped in a blanket and covered in sores. There was foam in his nose and he was going bald.

When detectives found Yonatan in a closet, he weighed only 34 pounds.

“I saw a very gaunt, frail-looking child, who at that time to me looked like a 5, 6, or 7-year-old boy,” said Munoz in court Monday, according to ABC7.

Munoz was one of the law enforcement officers who responded to the Echo Park residence where Yonatan’s body was kept in a closet.

According to KTLA, Aguilar’s three older children were reportedly all aware that their mother had kept their youngest brother imprisoned in the closet.

The stepfather was reportedly the only one who was not aware that Yonatan was being subjected to horrific abuse.

Aguilar faces 15 years to life in jail on each count if convicted, and has been in jail in lieu of $2 million bail since her arrest in 2016, according to reports.