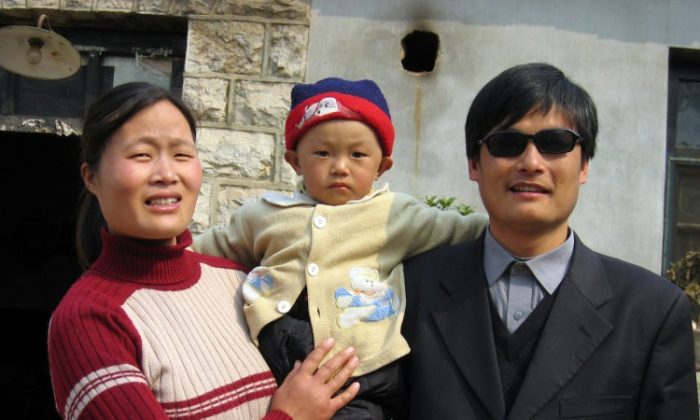 Blind Chinese activist Chen Guangcheng has completed passport applications for himself and his family and the documents should be approved within 15 days, according to a Voice of America (VOA) report.

Chen, 41, has accepted a visiting scholar position to study at New York University School of Law.

The U.S Department of State said on Tuesday that the U.S. will issue visas to Chen, his wife, and two children as soon as the Chinese regime allows him to leave.

U.S. State Department spokesperson Victoria Nuland told reporters that the U.S. has done what they can.

“We are ready when he and his government are ready, we have been for more than a week now in terms of his visa to come pursue his studies,” Nuland said.

Rep. Chris Smith criticized the Obama administration for being soft on the Chinese regime in regards to protecting the well being of Chen and criticized the State Department for being slow in issuing visas for the family.

Founder and president of China Aid Association, Bob Fu, said U.S. officials should sacrifice some sleep and put more effort into helping Chen and his family.

Click www.ept.ms/ccp-crisis to read about the most recent developments in the ongoing power struggle within the Chinese communist regime. In this special topic, we provide readers with the necessary context to understand the situation. Get the RSS feed. Get the new interactiveÂ Timeline of Events. Who are the Major Players?