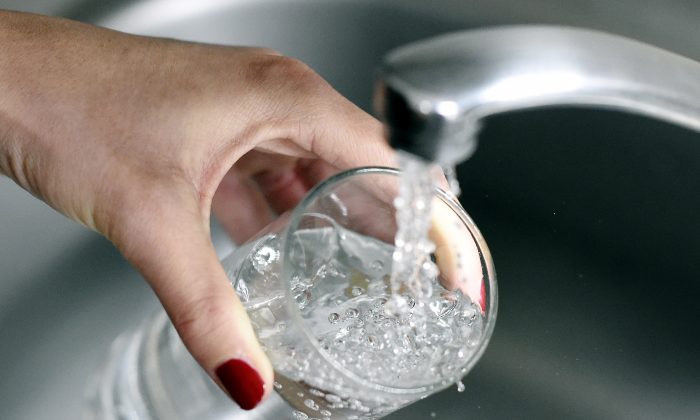 America has a problem with drinking water pollution. It is not the pollution of old—massive amounts of industrial effluent pouring out of factories. It comes from far more sources, seeping into the water inconspicuously in small amounts, but adding up. And no one knows what its effects on us are.

The U.S. Environmental Protection Agency (EPA), which regulates drinking water, has identified 126 substances (and counting) that may be pervasive in U.S. drinking water supplies which it calls “contaminants of emerging concern” (CECs) or “emerging contaminants.”

The EPA doesn’t know exactly how pervasive these contaminants are and it doesn’t know what human health impacts they have. For many of the substances, no safe level for human consumption has been set, because the effects haven’t been studied in depth.

The best broad sampling for CECs was done in 2001 by the U.S. Geological Survey (USGS). It tested for 124 contaminants in 25 groundwater and 49 surface-water sources across the country. It found at least one of the contaminants in 96 percent of the samples.

Right now, USGS is working with EPA to study tap water more extensively. Research hydrologist Dana Kolpin, chief of the USGS Toxic Program’s Contaminants of Emerging Concern Project, explained that most current studies are focused on assessing how much of these substances are in U.S. drinking water. Determining what effects they have on humans is still a few steps away.

The USGS and EPA tapwater study drew its last samples earlier this month, and Kolpin said they might have a better idea in the next six months of how contaminated America’s tap water is.

Cynthia Lane, American Water Works Association’s director of engineering and technical services said, “The thing with emerging contaminants that we struggle with is really that’s present in any source, whether it’s a waste-water source, or a river source … that’s ubiquitous through any source that we have.”

For example, people take medications, and their bodies absorb part of the medication, but the rest passes into the toilet. The wastewater is treated, but CECs slip through—partly because wastewater treatment facilities haven’t been told to remove them and partly because different filtration techniques may be needed to do so. The wastewater containing CECs is then released into rivers or other bodies of water used as drinking water sources.

Airborne CECs may also settle into drinking water sources, or seep into them from other places.

They can permeate the environment surrounding landfills, and eventually enter some freshwater bodies this way. USGS studied the presence of emerging contaminants in landfill leachate and found the most frequently detected CECs were lidocaine (a local anesthetic, found in 91 percent of samples), cotinine (a nicotine breakdown product, 86 percent), carisoprodol (a muscle relaxant, 82 percent), bisphenol A (a component for plastics and thermal paper, 77 percent), carbamazepine (an anticonvulsant, 77 percent), and N,N-diethyltoluamide (DEET, insect repellent, 68 percent).

Many contaminants are only found in drinking water at levels well below what’s considered safe.

With a growing prescription drug addiction problem across the country, the Food and Drug Administration (FDA) has recommended that people dispose of some of the most harmful drugs by flushing them down the toilet. But a better option is to give the unwanted medication to an appropriate local facility for disposal.

Many regions have medication take-back programs. The most common method of disposal used by these facilities is incineration.

CECs enter the body not only through drinking water, but also through the produce grown on land irrigated with water containing contaminants.

While many contaminants that have been tested are only found in drinking water at levels well below what’s considered safe, some are found at higher levels. For example, a Harvard study published in August found that 6 million Americans are exposed through tap water to Polyfluoroalkyl and perfluoroalkyl substances (PFASs), a class of chemicals used in paints and fire-fighting foam, at levels at or above the safety limits. PFASs have been linked to kidney cancer, elevated cholesterol, obesity, and endocrine disruption.

EPA has put PFASs on its list of CECs to monitor and it said via email that it will consider this study, among others on PFASs, in determining if future regulation is necessary.

Even if the levels of some CECs in drinking water are low, cumulatively we may be exposed from various sources to levels that are considered unsafe.

Strange things form in the “whole soup of things” we’re exposed to everyday. A bit of this and a bit of that can get together and cause effects that would not have occurred individually.

For example, you wouldn’t mix medications without consulting a doctor about potential effects. But the pharmaceuticals that make it into our drinking water, even if they are only there in low doses, are all jumbled together.

A study led by Michael A. Thomas, a biologist at Idaho State University School, found that a mix of antidepressants and psychoactive pharmaceuticals in water induced autism-like gene expression patterns in fish.

The mix of pharmaceuticals was concocted in the lab to match conservative estimates of the concentrations now found in the environment. The study authors hypothesized that the effect observed in fish indicates that this mixture of pharmaceuticals in the drinking water may be triggering autism in some people.

The effect observed in fish indicates that this mixture of pharmaceuticals in the drinking water may be triggering autism in some people.

Multiple studies have shown that emerging contaminants have caused endocrine disruption in fish, leading to adverse effects on brain and nervous system development as well as functioning of the reproductive system. The USGS website states: “Intersex, the presence of both male and female characteristics within the same fish, is being observed in fish in more streams across the nation.”

Some of the suspect contaminants in these cases include household detergents and agricultural run-off.

Intersex, the presence of both male and female characteristics within the same fish, is being observed in fish in more streams across the nation.
— USGS

Kolpin explained that the baseline studies of the presence of CECs in water sources and the environment currently being conducted are necessary stepping stones toward understanding human health risks.

He is hopeful that new tools for testing and an increase in the amount of research being done will bring answers in the coming years. He said that 15 years ago, only 20 to 40 papers would be published on the subject per year, but now there are potentially thousands every year.

“There are a lot of people putting effort on this,” he said.

The EPA selects 30 CECs to be monitored every five years. Out of those 30, at least five must be considered for regulation. The idea is that this monitoring, under the Unregulated Contaminant Monitoring Rule (UCMR), will help identify which CECs are of concern and should be regulated.

There have been three five-year UCMR periods so far, testing a total of 90 contaminants. In all three periods, no regulations were put in place by EPA as a result. The only contaminant that is still being considered for regulation, strontium, is from the most recent UCMR.

Strontium naturally occurs in rocks, soils, and seawater. It is commonly used in the faceplate glass of cathode-ray tube televisions and in pyrotechnics, magnets, and pigments. It is also emitted into the air (and eventually settles on land and in bodies of water) from milling processes, coal burning, and phosphate fertilizers.

EPA documents show strontium was found in water used by about 10.5 million people at levels higher than the recommended level for human exposure, known as the “health reference level” (HRL). Approximately 7 percent of the 1,000 public water systems tested had strontium levels above the HRL, and the highest concentration found was 30 times the HRL.

A USGS study reported that the areas with the highest concentration of strontium are western Texas, southern New Mexico, and Arizona.

Strontium interferes with normal bone development. It could most negatively impact the bone structure of developing fetuses, infants, children, and teenagers, and it can also have negative impacts on people with kidney conditions.

Kolpin feels bottled water may come with its own complications, since plasticizers may leach into the water. He drinks municipal tap water.

Bottled water can come from a variety of sources and go through various levels of treatment. Some of it is tap water that may or may not have been further treated.

While these processes may remove some contaminants, it is unclear to what extent emerging contaminants remain.

Lane said, “For the most part, as a sector right now, we are focused on treating to whatever federal regulation exists and continuing to monitor as EPA requires for unregulated contaminants.”

In June, the Frank R. Lautenberg Chemical Safety for the 21st Century Act was enacted to expand EPA’s authority to obtain health and safety information and conduct risk evaluations on chemicals. EPA said via email: “This law includes a mandatory requirement for EPA to evaluate existing chemicals with clear and enforceable deadlines, and to evaluate those chemicals under a new risk-based standard. When unreasonable risks are identified, EPA must take final risk management action within two years, or four years if an extension is warranted.”

You can check on the EPA website whether your local public water system was monitored for the latest UCMR and what the results were.

You can also obtain a Consumer Confidence Report from your public water system by visiting its website or contacting it to request a copy. Some systems upload their reports to EPA’s website at EPA.gov/ccr. Information about private wells can be found at EPA.gov/privatewells.