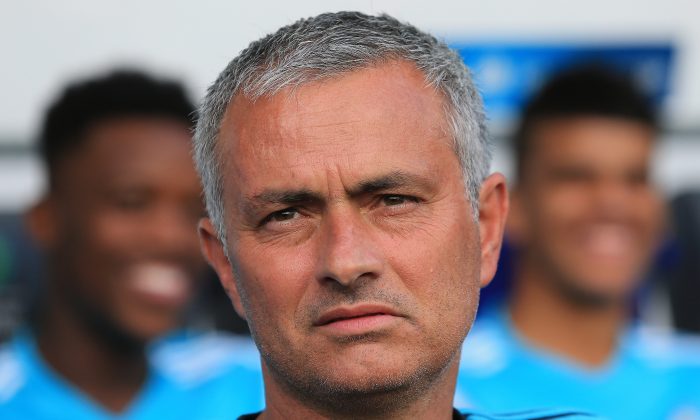 Chelsea and Vitesse are set to clash in a club friendly match on Wednesday, July 30.

The game will be broadcast on Fox Sports 3 Eredivisie in the Netherlands.

Live streaming is available on Chelsea TV for subscribers only.

Chelsea are 4/6 to beat Vitesse, and Vitesse are 4/1 to win the match. Odds for a draw is 14/5, according to OddsChecker.

After a friendly against NK Olimpija Ljubljana, Mourinho said:

“We are training a minimum of three hours every day at a high intensity, the players are tired but we need to compete even in these tough conditions,” he explained.

“[Olimpija] gave us difficulties, they were aggressive, fast. They had ambition, young players who tried to impress. We don’t need matches where we win 5-0 or 8-0, we need difficult matches.

“It was good for us because we try to play against teams in better condition than we are. We played against a team in Austria (WAC RZ Pellets) who have already started their league and today we played against Olimpija, who have been training for a long time.

Mourinho also spoke about his plan for Chelsea’s Academy players.

“We are going to have (Andreas) Christensen and (Nathan) Ake, who are coming from the Academy,” he said.

“We are going to have training with us, but also playing for the Under-21 team, (Dominic) Solanke, (Jeremie) Boga and (Izzy) Brown.

“The other ones who are a bit older, 20 or 21, we feel they need to compete against men in a different league, people like Bamford, Swift, Chalobah. They are ready to go to other clubs and have a good loan.

“What we are trying to do, and we believe we are going to be successful, is in a few years’ time, when they are between 20 and 23, we will have them back at the right moment and in the first-team squad.”