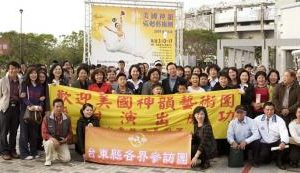 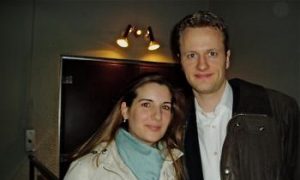 Banker Loves the Music of DPA
0 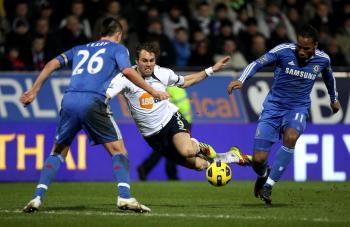 Johan Elmander of Bolton Wanderers tangles with Didier Drogba of Chelsea during the Barclays Premier League match between Bolton Wanderers and Chelsea at the Reebok Stadium on January 24, 2011 in Bolton, England. (Michael Steele/Getty Images )
Soccer

By Denis Charlton
Print
Chelsea is back in the frame for the Barclays Premier League title after a resounding 4–0 triumph away to Bolton Wanderers on Monday. As reported on the Premier League website, Chelsea manager Carlo Ancelotti declared, "We look like we are turning the corner. We are coming back to fight for everything.”

The evening began with a moving tribute to Bolton and England legend Nat Lofthouse OBE who passed away on Jan. 15 aged 85. It also happened to be Bolton manager Owen Coyle’s 50th game in charge since he succeeded Gary Megson.

Bolton certainly started brightly enough, passing the ball well and effectively denying Chelsea possession. American Stuart Holden and Kevin Davies both failed to make the most of opportunities in the first few minutes.

However, with 11 minutes gone, Bolton’s Gretar Steinsson was caught in possession by Chelsea’s Florent Malouda. The ball broke to Didier Drogba who took a couple of strides before unleashing an unstoppable shot that curved and dipped into the back of the net from all of 30 yards.

Bolton refused to be put out of their stride by the goal, which was very much against the run of play at this stage, and the game continued on much as it had prior to Drogba’s wonder strike. Unfortunately for Bolton their good approach work was invariably let down by poor delivery into the penalty area.

Matt Taylor did get it right on 22 minutes but no Bolton player managed to get on the end of his testing cross. On the half hour Taylor himself had what would prove to be Bolton’s best opportunity of the night, but his angled header was well saved by Petr Cech at full stretch.

Then just five minutes before the interval, Bolton failed to clear their lines when a teasing cross came in from the left and Malouda eventually squeezed the ball home left-footed from a tight angle just beyond the far post.

The Bolton players must have wondered how on earth they were going in at halftime two goals down having put in a thoroughly industrious 45 minutes of soccer. The simple fact was that Chelsea had shown those touches of class when it really mattered.

With their two-goal cushion Chelsea looked much more assured after the break and began to stroke the ball around as we know they can. Their defense was rock solid with Bolton managing to create very little in the final third. By contrast, the visitors appeared likely to score every time they went forward.

On 56 minutes, an uncharacteristic mistake from Davies gifted Chelsea the ball. Michael Essien broke down the left to the byline before pulling the ball back into the path of Nicolas Anelka. Bolton goalkeeper Jussi Jaaskelainen got a hand to the former Bolton striker’s low shot but couldn’t keep it out.

Chelsea’s fourth sprang from an identical source with Essien rampaging down the left and crossing for Anelka. This time the Frenchman’s shot was blocked, but Ramires was on hand to strike his long overdue first goal for Chelsea.

In fact it could have been five or six for Chelsea had Jaaskelainen not pulled off two outstanding saves in the last five minutes to deny Anelka.

The win means that Chelsea is now seven points behind leaders Manchester United having played a game more. Bolton is in 10th place, a creditable achievement despite tonight’s setback, considering they were just a point outside the relegation places this time last year when Owen Coyle took over the reins.

Coyle was understandably disappointed with the loss but had to concede that Chelsea showed their class at critical moments. He said on the Bolton Wanderers FC website, "We did make some errors and there is no getting away from that, and we would expect more from ourselves with the standards that we have set this season.

“We have been punished because of the quality that they have.”