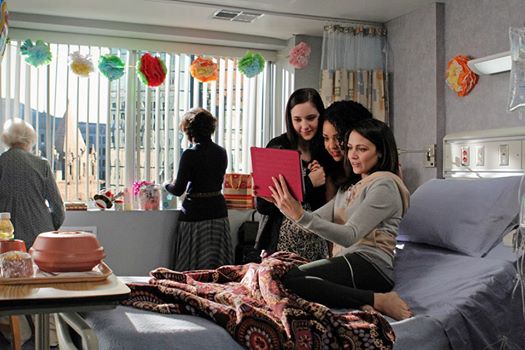 Chasing Life on ABC Family: Season 1 Set for Break After Episode 10; When Does Show Return, Any Season 2 News?

Chasing Life on ABC Family is set for a break after the summer finale on August 12.

Episode 10 is the halfway point for the first season of the show, which follows aspiring journalist April and her family, including mom Sara and rebellious little sister Brenna.

“Here’s a description: April begins her battle and month-long hospital stay with mixed emotions. Her resolve to fight starts to wane as her treatments take a toll. Not sure she can be cooped up in the hospital for much longer, April begins to panic. With her family by her side, April makes a surprising outreach to someone who may be the only person who can help her. Meanwhile, Dominic returns to a much different April then when he left.”

ABC Family hasn’t revealed a specific return date, though the network did say that it’s among a number of shows–including Pretty Little Liars and Switched at Birth–that would have all-new holiday-themed episodes that would air in December as part of the network’s “25 Days of Christmas” programming. So it will return sometime in December.

Unfortunately for fans, there’s no word on season 2 as of yet. The show has been doing okay with viewers, averaging about 1.1 million per episode with about 0.48 million in the key 18-49 demographic. Those ratings put the show on the bubble.