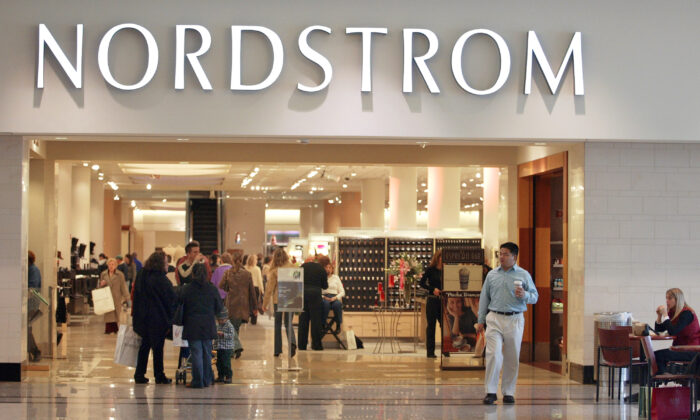 Nordstrom Inc. and Urban Outfitters Inc. were soaring over 11 percent and 9 percent, respectively, on Wednesday after the retailers reported first-quarter financial results.

For the first-quarter 2022, Nordstrom reported a loss of 6 cents per share, which slightly missed the consensus estimate of a loss of 5 cents and revenues of $3.46 billion, beating the $3.28-billion estimate.

Analysts weighed in on both stocks, consistently lowering their price targets. Nordstrom price targets issued on Wednesday came in between $27 and $31 and Urban Outfitters’ range from $29 to $39 at the high end.

The updated price targets suggest about a 16 percent bump for shares of Nordstrom and a 42 percent increase for Urban Outfitters’ stock.

From a technical standpoint, Nordstrom and Urban Outfitters look set to reverse course from their downtrends, although Urban Outfitters appears stronger due to two bullish candlestick patterns the stock has developed.

It should be noted, however, that events affecting the general markets, negative or positive reactions to earnings prints, and news headlines can quickly invalidate patterns and breakouts. As the saying goes, “the trend is your friend until it isn’t” and any trader in a position should have a clear stop set in place and manage their risk versus reward.

To reverse course into an uptrend, the stock will either need to rise up above the most recent lower high or consolidate down to form a higher low.

Like Nordstrom, Urban Outfitters is still trading in a downtrend. The stock’s most recent lower high was printed at $23.66 on May 17 and the most recent lower low was formed on Tuesday and Wednesday at $17.81.