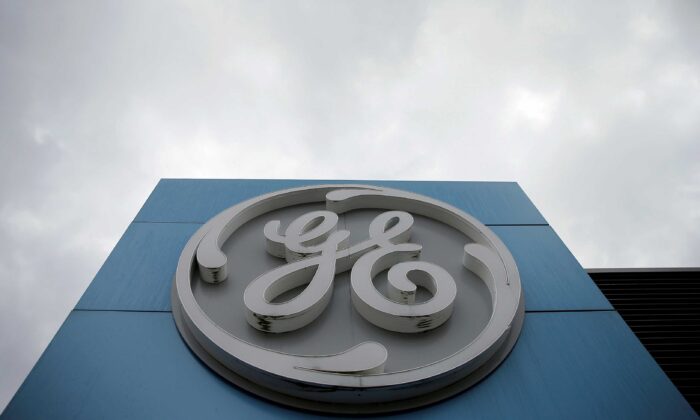 The logo of U.S. conglomerate General Electric is seen on the company building in Belfort, France, on Oct. 19, 2019. (Vincent Kessler/Reuters)
Stocks

Chart Wars: Between General Electric and 3M, Which Stock Will Soar Higher?

General Electric Company and 3M Company may be settling into bullish long-term patterns on the weekly chart.

General Electric may be in the process of printing a bull flag, while 3M could be setting up the right shoulder of a bullish head-and-shoulder pattern. If the formations are recognized, both stocks could be in for a run to the upside, with General Electric’s measured move potentially pushing the stock 17 percent higher and the measured move on 3M’s indicating the stock could pop up about 9 percent.

It should be noted, however, that events affecting the general markets, negative or positive reactions to earnings prints, and news headlines about a stock can quickly invalidate patterns and breakouts. As the saying goes, “the trend is your friend until it isn’t” and any trader in a position should have a clear stop set in place and manage their risk versus reward.

General Electric may need more time to trade within the weekly bull flag pattern before potentially breaking up from it. The pole was created between the weeks of Dec. 20 and Jan. 10 and the flag has just begun to form this week.

If the pattern is recognized and General Electric breaks up from it, the stock could rise toward the $115 level.

Although General Electric is trading in a confirmed uptrend on the daily chart, the stock has not confirmed a new uptrend on the weekly chart. Bulls may want to watch for the stock to confirm a weekly higher low before taking a long position.

3M traded in a weekly downtrend from the week of June 1 until Nov. 29 when the stock reversed course into an uptrend.

The next higher low within the trend may set the right shoulder of the head-and-shoulder pattern and if the formation is recognized 3M could trade up toward the $202 mark.

Traders may want to wait for the stock to break up from the descending neckline of the pattern on higher-than-average volume before taking a potential position.