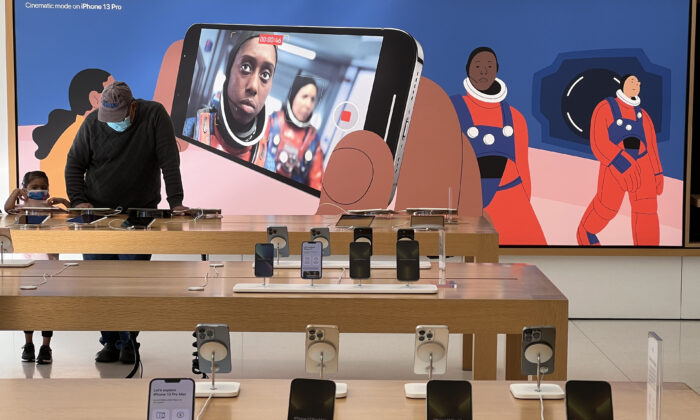 Apple Inc. and Microsoft Corporation were trading up 1.62 percent and 1.44 percent off the open, respectively, early on Monday morning but began to sink slightly by midday following reports that the negotiations between Russian and Ukrainian delegations sent to Belarus won’t immediately result in any agreement between the two countries.

The SPDR S&P 500, which was trading up 1.43 percent off the open at one point, retraced over 1 percent lower on the news, impacting the tech stocks negatively.

The correction to the downside should’ve been expected: stocks don’t go up in a straight line, just as they don’t go down without retracements to the upside.

Between the two stocks, both Apple and Microsoft have signaled the correction may be over by printing massive green candles Thursday, which demonstrated a high level of bullish interest and each stock’s respective support levels. Microsoft may have better risk versus reward levels, as it has developed a clear pattern that could be used as a buy and/or sell signal.

It should be noted that events affecting the general markets, negative or positive reactions to earnings prints, and news headlines can quickly invalidate patterns and breakouts. As the saying goes, “the trend is your friend until it isn’t,” and any trader in a position should have a clear stop set in place and manage their risk versus reward.

On Feb. 23, Jon Najarian said on CNBC’s “Fast Money Halftime Report” that he believes traders looking for downside in Apple and Microsoft are likely too late. Najarian noted many big tech stocks have held up fairly well considering the general market downside of late.

JPMorgan analyst Samik Chatterjee said in a note Monday that Apple has room for more upside due to high demand for the iPhone 13 and SE to drive upside to its estimates for modest revenue growth.

On Feb. 24, Apple printed a big bullish Marubozu candlestick and closed the day up 6.66 percent off the open. The candlestick indicated higher prices would come on Feb. 25, which did happen. On Monday, the stock briefly surpassed Friday’s high-of-day but rejected at the eight-day exponential moving average.

Bulls want to see Apple print a higher low above the Feb. 24 low-of-day, which will indicate an uptrend is in the cards and then for Apple to regain support at the eight-day EMA, which will give bulls more confidence going forward.

Like Apple, Microsoft has been trading in a downtrend since Feb. 2, making a series of consistent lower highs and lower lows. On Monday, Microsoft came close to printing a higher high above the Feb. 15 high of $300.80 but rejected at the 21-day EMA, which caused the stock to fall back below a descending trendline.

The descending trendline, which Microsoft has been trading under since Dec. 29, gives bulls who are not already in a position a possible entry point with a stop. If Microsoft is able to close a trading day above the trendline, a larger move to the upside may come. If the stock falls back below the trendline, the area provides a place for traders to place a stop.

If Microsoft breaks bullishly above the trendline, traders want to see the stock regain support at the 21-day EMA and hold above the level to force the eight-day EMA to cross above the 21-day.