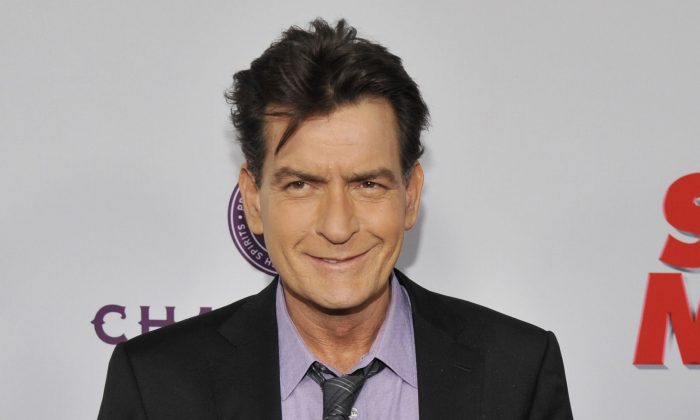 In this April 11, 2013 file photo, Charlie Sheen, a cast member in "Scary Movie V," poses at the Los Angeles premiere of the film at the Cinerama Dome in Los Angeles. (Photo by Chris Pizzello/Invision/AP, file)
Entertainment

Charlie Sheen, the former star of “Two and a Half Men,” was reportedly diagnosed with HIV several years ago, and he will make an announcement about his condition soon on NBC’s “Today” show.

Sheen has known he had HIV for at least two years, TMZ reported, citing sources close to the matter. Sheen, 50, is taking medication to combat the virus. HIV-positive people remain undetectable as long as they stay on medication, and they’re not cured.

Before his announcement on Tuesday, there’s been a bevvy of tabloid reports about him.

Howard Bragman, the head and founder of the public relations firm Fifteen Minutes and noted Hollywood crisis manager, told the New York Times: “It has been an open secret in certain circles, his people knew this was coming, but I think Charlie needed some more time.”

“I’ve known about this a long time—it’s not a surprise to me,” Bragman added to People. “I feel very sorry for his pain. And I hope it’s used as a teachable moment for the world. This is a disease that can affect anyone.”

Sheen’s lawyer, Martin Singer, didn’t respond to the Times about the reports.

Sheen’s second ex-wife, Brooke Mueller, is said to have known about his diagnosis. “I had a drug-induced psychotic break at Charlie’s after doing drugs with Charlie for that many days. I couldn’t handle the HIV news. Just six months ago I was diagnosed with the eye disease and then Charlie potentially giving me HIV,” she reportedly told gossip site Radar Online.