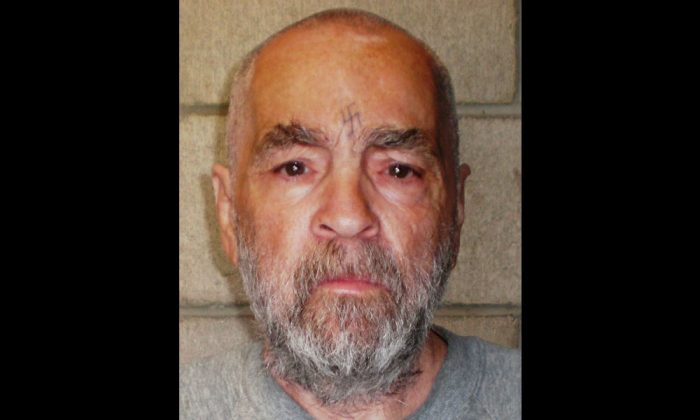 Charles Manson’s Remains Are Still in Morgue Amid Legal Battle

The legal battle over Charles Manson’s remains, which have been kept by California authorities since Nov. 19, has yet to subside.

A Kern County Superior Court Commissioner set a hearing for March 7 to figure out what to do with the notorious cult leader’s body. Three people are disputing the remains, including his alleged adopted son, Michael Brunner, his alleged grandson, Jason Freeman, and his pen pal, Michael Channels.

“I know his spirit is already, um, up in heaven. And now we get a chance to lay his body to rest,” Freeman told reporters outside of a Bakersfield, California, courtroom, Fox News reported Thursday, Feb. 2. “I think we all have, you know good and bad in us,” Freeman said. “It all depends on what we choose to do.”

Manson was convicted for ordering a killing spree in August of 1969. Several of his followers were also convicted. He spent the remainder of his life in prison.

He died of natural causes on Sunday in Bakersfield, California. He was incarcerated in a nearby state prison since the early 1970s.

But he never acknowledged any family members while in prison. According to People magazine, he didn’t list a next of kin. The magazine cited “a corrections official who asked not to be identified by name.”

His estate, which might include the rights to songs that he wrote or his image, will be litigated in Los Angeles, as that is where he lived when he was convicted, said Superior Court Judge David Cowan last Friday. The decision about his remains will be made in Kern County, where he died in a Bakersfield hospital at the age of 83.

On Wednesday, Deputy Kern County Counsel Bryan Walters said in court that now, “bodies are stacking up in the morgue” from drug overdoses. The coroner said it wants to quickly dispose of Manson’s remains to make more space.

Mortensen filed papers in court that included a birth certificate and baptismal certificate for a Michael Manson. The parents are listed as Charles Manson and Mary Brunner.

“He just wants to make sure that his portion of anything that happens and Mr. Manson’s time on this earth is done in a dignified way if he’s responsible for it,” Mortensen said Wednesday.

Channels, meanwhile, is listed as executor of the Manson estate in one will and sole beneficiary.

“It cannot be ignored that Mr. Channels is a dealer in Manson memorabilia, with a public and macabre interest in the infamous crimes of (Manson) and a long history of sensationalizing and seeking to profit therefrom,” Mortensen said.

Freeman, who said he is the son of Charles Manson Jr., is also seeking the remains.

Freeman says he’s the son of Charles Manson Jr., who changed his name to Jay White and died in 1993.

Jay White, who was cursed with the name Charles Manson Jr., killed himself on June 29, 1993, on a desolate section of highway in Burlington, Colorado, just west of the Kansas state line.

The death certificate offers few clues as to why there and what finally pushed him over the edge. The document indicates it was about 10:15 a.m. when he died from a “self inflicted gunshot wound to the head” at “exit 438 on interstate 70.”