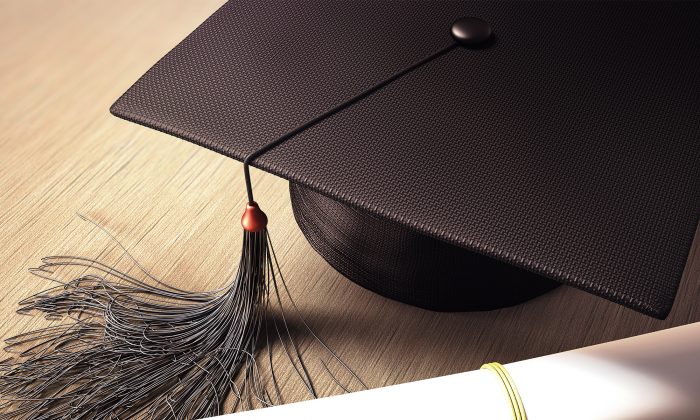 Chapman University in California will be hosting six additional graduation ceremonies for students based on their race, national origin, sexual orientation, and other aspects of their identity.

Those events are scheduled for the end of July and early August, existing in addition to the university’s main commencement ceremony that all students participate in.

“These are optional celebrations that honor the dedication and resilience of students from underrepresented communities,” a university spokesperson said in a statement. “There are no restrictions on student participation nor is it required for any student to participate.”

Another event promoted by the Chapman Cross-Cultural Center is “All Gender Restroom Day,” which is described as an “educational event that aims to challenge the campus community to think beyond the binary, gendered structure of most restrooms.” For that day, “all gendered restrooms on campus” are transformed into ones which “any person, regardless of gender identity and/or expression, will be able to use.”

Last summer, Columbia University faced criticism after it similarly held six separate celebratory events for black, Asian, Latino, Native American, LGBTQ and first generation or low-income students in addition to a university-wide commencement ceremony. Sen. Tom Cotton (R-Ark.) suggested at the time that the design to have identity-specific graduation events was inspired by critical race theory, and that the movement would eventually lead to segregation.

“The endpoint of critical race theory: segregation,” the senator wrote on Twitter. “Critical race theory is the belief that people have value based on the color of their skin, and that our race defines everything about us. It’s not just false—it’s dangerous.”

“The problem is not just one ‘woke’ university embracing discrimination,” he continued. “Critical race theory is being pushed on our kids at school, it’s peddled by HR departments at corporations, and the Biden administration has embraced it under the guise of ‘racial equity.'”

Columbia defended its “multicultural graduation celebrations,” saying that all students can attend any one of them, which “evolved from ceremonies originally created by students and alumni.”

“These events are important, intimate and welcoming spaces for students aligned with these groups to come together to celebrate their achievements if they wish,” the Ivy League school wrote on Twitter. “They are organized in tandem with students and student groups.”