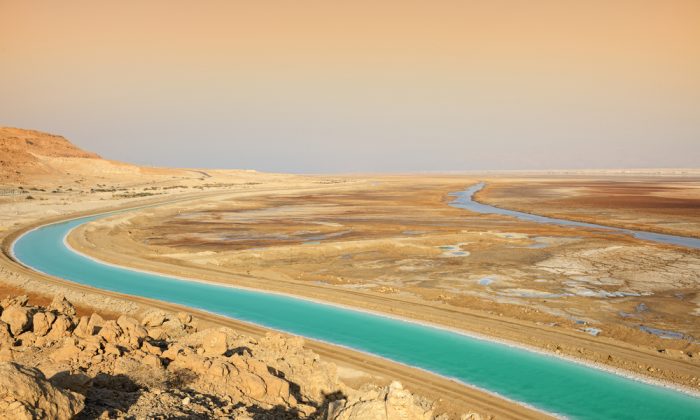 The channel between the two parts of the Dead Sea in Israel. (Shutterstock*)
Science

Channels formed in the Earth by flowing water conform to a mathematical order, a pattern, discerned recently for the first time by Stanford University researchers. The underlying landscape was also shown to fit mathematical patterns.

This finding could challenge 50 years of research on landscape evolution, according to a July 11 Stanford news release.

The analysis of branch networks could be extended to the human circulatory system, channels on Mars, the leaves of plants, and more. It will help geologists decipher what processes shaped the world, or worlds, we see today.

The study was published in the journal Geophysical Research Letters in May.

Scientists have seen Fibonacci numbers woven through the tapestry of the natural world.

In the Fibonacci sequence, each number is the sum of the two numbers that precede it. It starts, 0, 1, 1, 2, 3, 5, 8, 13, 21, 34, 55, and goes on infinitely. The golden ratio is the ratio between subsequent numbers in this sequence (5:8 or 8:13, for example). This ratio and these numbers have been detected in many patterns in nature, from snail shells to DNA molecules to the proportions of a human face.