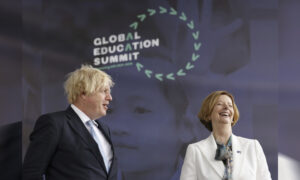 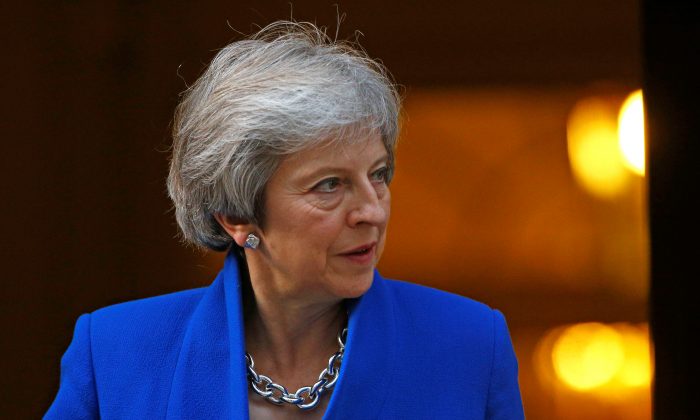 Britain's Prime Minister Theresa May stands at the door of 10 Downing Street in London on Oct. 24, 2018. (Reuters/Henry Nicholls)
UK

LONDON—Prime Minister Theresa May was under growing pressure Nov. 10 to change her plan for Britain to leave the European Union to avoid defeat in a parliamentary vote.

With both Britain and the EU suggesting an agreement is close, euroskeptic lawmakers and a leading member of a small Northern Irish party that props up her Conservative government made new threats to vote against the terms of the deal she is working on with Brussels.

The vote in parliament, most likely to come later this year, is gearing up to be the biggest showdown in the lengthy negotiations to leave the EU, Britain’s biggest shift in foreign and trade policy in more than 40 years.

May, who was attending a ceremony to mark 100 years since the end of World War I, found some support from ministers in her cabinet, but it would be hard for her to ignore the growing calls to change tack after a minister resigned and Northern Ireland’s Democratic Unionist Party threatened to rebel.

“If the government makes the historic mistake of prioritizing placating the EU over establishing an independent and whole UK, then regrettably we must vote against the deal,” Steve Baker, a leading euroskeptic and former minister, wrote alongside the DUP’s Brexit spokesman Sammy Wilson in the Nov. 10 Telegraph newspaper.

The main battleground is over a so-called backstop to prevent the return of a hard border between the British province of Northern Ireland and EU-member Ireland, something that would only come into force if a deal on future ties cannot guarantee the type of frictionless trade needed to keep it open.

Fears that proposals would mean keeping Britain inside the EU’s customs union indefinitely or that Northern Ireland would have to accept different rules and regulations to the rest of the United Kingdom have focused opposition to May’s deal.