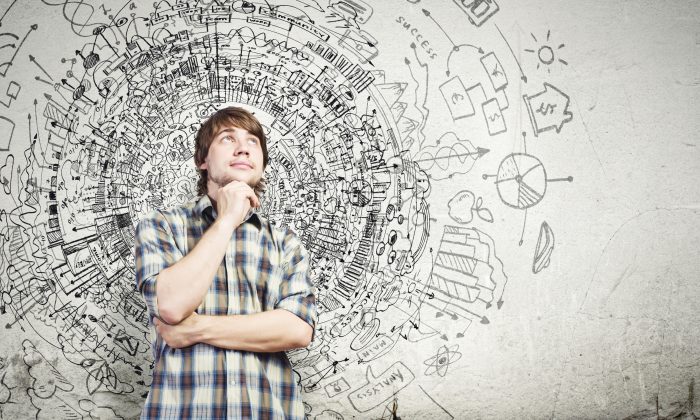 Everything that we value is made possible by the human mind and the ideas that it generates. Intellectual property needs to be appreciated and better protected for economic prosperity. (Fotolia)
Business

Intellectual property is the lifeblood of today’s knowledge-based economy. It underpins economic prosperity as the currency of greatest value in today’s global world. The problem is, many don’t respect or appreciate it, and that puts the wealth of countries like Canada at risk.

Protecting intellectual property (IP) is not just about blocking cyberattacks, cracking down on counterfeiting, and illegal downloads. It’s also about creating an environment where innovative companies are confident about growing their businesses in Canada, and can get the investors they need to do it.

IP (patents, trademarks, copyrights) is everywhere. It is behind everything that we use—applied know-how in cars, computers, and medicines, not to mention the arts.

But IP’s intangible nature can make stealing it seem innocent or trivial. After all, it’s not like stealing a car. Copying a computer game or illegally downloading a movie doesn’t seem like stealing, because the product is still out there for others to use.

The public needs a greater appreciation of IP, and that is a necessary component of its protection, say experts.

Canada is often seen as laggard in protecting IP rights.

“In Canada, I think we sort of think about intellectual property violations as a little bit like driving 10 over on the 401. Everybody does it. … It’s a little copying, it’s a little sharing,” said Laura Dawson at an IP panel discussion held by the Macdonald-Laurier Institute in Ottawa in June.

“We [Canada] upgraded our intellectual property protection in the late 80s and early 90s and saw a 1,500 percent increase in investment in the pharmaceutical sector,” said Dawson, referring to the 1987 and 1992 improvements to Canada’s Patent Act.

The world, globally, has been and is moving toward more rights to the inventor/creator/performer/artist.
— Colleen Spring Zimmerman, Fogler, Rubinoff LLP

But Canada has a long way to go in IP protection, ranking only 11th out of 30 economies, according to the Global Intellectual Property Center (GIPC).

Eleventh place puts Canada in the same company as China and Russia instead of the U.S., U.K., France, and Germany.

“Canadians are perceived as slackers or laggards or not a good place to invest. And my argument is, we’re pretty close,” Dawson said. “Bringing ourselves up to a partnership level with the United States, with the major innovators in the world, European Union, etc. is not a heavy lift for us.

She noted that a few improvements will translate into “gold star” trade negotiations along with greater investment and a better environment for researchers and universities.

The GIPC found that companies in economies with strong IP protection are 40 percent more likely to invest in research and development. Furthermore, they yield 50 percent more innovative output compared to countries with weaker IP regimes.

Canada’s tech sector has recognized the need for a stronger IP regime, BlackBerry co-founder Jim Balsillie hammered home this point in a Globe & Mail editorial published in May.

He pointed to Canada having world-class innovators, but lacking IP strategies. He contrasted the Canadian reality with Silicon Valley’s, where patent-protection strategies are present throughout the research process.

“We are inadequate at protecting ownership of our ideas, which undermines commercialization and, in turn, return on investment,” wrote Balsillie. He also singled out the poor returns venture capital has seen in Canada.

Canada has a long way to go in IP protection, ranking only 11th out of 30 economies.

The software gaming industry is relatively young and highly competitive. It will hit the $100 billion mark in the next 12 to 18 months. Tanya Woods of the Entertainment Software Assoc. of Canada stressed that Canada is a leader in this space, but is vulnerable.

“There are investment factors that go into creating original content—time, money, creativity, scientific research, and failure. We can’t over-emphasize failure,” Woods explained at the IP panel.

The popular mobile game “Flappy Bird” is a prime example of the problem the gaming industry faces.

“At one point, 60 clones were seen a day being introduced on app stores. Sixty a day, that’s obscene,” said Woods.

Piracy is part of the problem, but so too is the challenge of protecting IP in foreign jurisdictions where infringers may operate. Trade deals can protect IP abroad, but often require changing domestic laws.

That is often a sticking point, as many consumers find strong IP protection restrictive when it affects how they use products ranging from downloaded music to medications.

Case in point, Canada has been in negotiations with the U.S. and 10 other Pacific Rim countries to finalize the Trans-Pacific Partnership, a deal that could extend the length of pharmaceutical patents and delay lower-cost generic medicines. Critics of the deal say that could cost Canadians millions of dollars.

Weak IP protections have their own costs though, like in the dynamic industry of software gaming, where rights owners, creators, and industries can suffer.

“You [as a company] have to be able to move into that international market. And you don’t want to do that with the threat of IP litigation against you,” said Woods. “You want to know as you move in, your IP rights are valid, that you own them, and that you can enforce them in those foreign jurisdictions.”

“We need our government to understand, as well, the broad economic return on investment that comes with better IP protection,” Woods said.

The Canadian government recognizes the importance of IP in its Global Markets Action Plan. Canada is a nation built on international trade, but it’s a balancing act between the incentives that strong IP protection provides and the public’s interest in competitive markets. It makes for a challenging policy environment.

The government is taking a multi-pronged approach, but competing interests make it impossible to satisfy everyone.

Since the beginning of the IP regime, there has been a to-and-fro between protecting the creator and allowing the public to use the creation as it pleases, such as making free copies of software.

“That’s always been the issue, but certainly the world, globally, has been and is moving toward more rights to the inventor/creator/performer/artist etc.,” IP lawyer Colleen Spring Zimmerman tells Epoch Times.

Even with strong IP laws, enforcement is difficult due to the global nature of electronic trade. IP crime is easier to commit and counterfeit goods are a prime example.

“In the last five years, our practice has exponentially increased the number of files that we’ve been dealing with that involve Internet [counterfeit],” says Lorne M. Lipkus, counterfeit expert and founding partner of the law firm Kesternberg Siegel Lipkus LLP.

“People think that because something is available through the Internet, it’s therefore in the public domain and can be reproduced without any consequences. Counterfeit goods are being sold through electronic media. … They’re so much more available than they have been in the past,” Zimmerman says.

Like many complex problems, the solution starts with education.

“The key to stopping counterfeit is educating the public,” Lipkus says. “I equate this to seatbelts.”

He recalls his late father’s time when people didn’t wear seatbelts and then realizing not wearing them made dying in a car accident more likely.

“The government came out with an educational strategy. They educated the public: Put your seatbelt on. And where do they start? The kids in school,” says Lipkus.

He believes Canada should follow the examples of France and Italy who have public service campaigns put forth by the government and championed by the name brands.

“It’s got to be the government that takes the position that this is a policy we need to follow, to explain to the public that by buying these counterfeits they are supporting something that is bad, negative, and that is immoral,” Lipkus says.

Often what’s behind counterfeit goods are crime gangs and terrorist organizations, not to mention the dangers of using fake goods.

The “immoral” aspect also applies to illegal downloads, the digital equivalent of shoplifting.

“It comes back to my pet peeve: if people don’t buy it, people aren’t going to make it,” says Lipkus.

Many share his view, including the Canadian Intellectual Property Council (CIPC).

“How you change public perception, I think that is the direction we are going now,” says Scott Smith of the CIPC.

Laws and regulations on IP protections are always going to be a compromise, he explains. What’s needed is a change in the “moral equation.” People need to change their thinking around taking something just because it is easily accessible online, and to consider the consequences for the innovator who is not getting paid for his or her work.

The CIPC will roll out a primer to educate the public on the value of IP in the next couple of months. It is expected to cover how IP is created and who is actually creating it.

“It’s putting a face on it,” Smith says. He says that patents often come down to one person who has a great idea.

“We have to change public attitudes,” says Smith.

One way to do that is to celebrate creators of IP, like the Governor General did in June. He launched an awards program to recognize innovators in Canada whose contributions have benefited society.

But real change will need a generational change, said Woods.

“There’s a big cultural shift that’s actually required, and it runs down from little 4-year-olds entering our education system, all the way through to retirees trying to understand, ‘Where do I go and get this new techy thingy? And how do I know if it’s a good techy thingy?’ And there’s a lot of education required,” said Woods.

It’s a change that needs to happen not only in Canada, but around the world. It’s a tall order, but if IP crime is to fall, the root of the problem needs to be addressed to bring about a culture of appreciating and respecting IP.