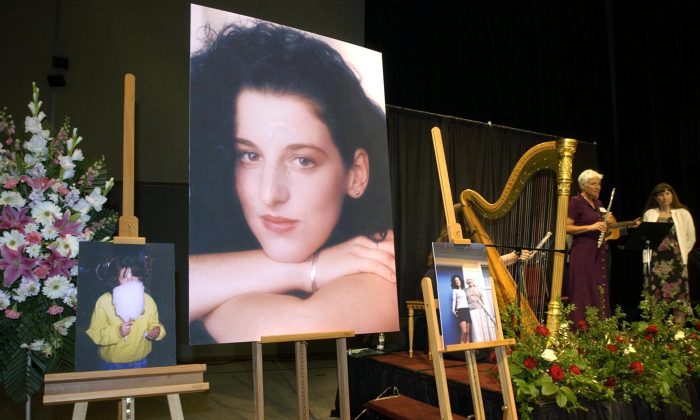 Photographs of Chandra Levy are displayed during a memorial for her at the Modesto Centre Plaza in Modesto, Calif., on May 28, 2002. (Debbie Noda/AFP/Getty Images)
US

Chandra Levy documents unsealed: A court ruled Monday that transcripts of hearings and out-of-court deliberations related to the Chandra Levy case must be made available to the public. Much of the content of the documents was already known through public hearings, but some of the private deliberations were withheld out of concern for the safety of a key witness.

That witness, Armando Morales, was the cell mate of Ingmar Guandique. Guandique was convicted of Levy’s murder and sentenced in 2011 to two concurrent 60-year sentences, in part due to Morales’s testimony. Morales said Guandique had confessed his guilt in a private conversation between the two of them in their cell.

The private deliberations, now public, show the lawyers have been discussing information that could discredit Morales. Guandique’s attorney said on Monday Morales had given contradictory testimony, reports CNN.

Levy’s body was found in a Washington park in 2002. The 24-year-old from California was working as an intern in Washington for the Bureau of Prisons.

A status hearing has been scheduled for September 26, reports CNN.