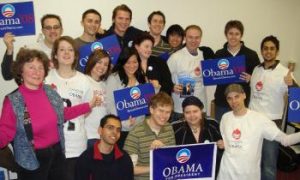 Obama Inauguration Has Personal Meaning For Some Canadians
0 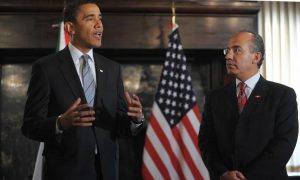 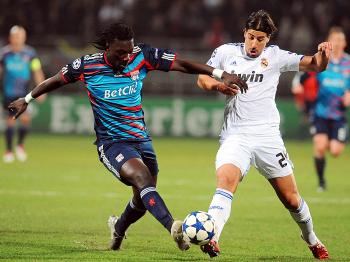 By Rahul Vaidyanath
Print
Lyon pegged back Real Madrid for a 1–1 draw at the Stade de Gerland in Tuesday’s Champions League action with a late goal from Bafetimbi Gomis.

Real Madrid had taken a deserved one-goal lead in the 65th minute as Frenchman Karim Benzema weaved his way across the Lyon defense and snuck a shot past goalkeeper Hugo Lloris and a heroic effort from defender Cris.

With the draw and the away goal, Real Madrid are in the driver’s seat for the return leg in Madrid in about three weeks time. Real Madrid is seeking to reach the quarterfinals of the Champions League—something it hasn’t done in seven years.

Real Madrid, in their familiar all-white uniform, came into the match heavily favored to progress over the two legs. Their head coach Jose Mourinho won the Champions League with Inter Milan last year and with Porto in 2004.

The first half saw a couple of good chances for Real Madrid to take an early lead as Angel di Maria and Cristiano Ronaldo both had long shots stopped by Lloris. Perhaps the best chance of the first half fell to Gomis who skied a rebound in the 34th minute.

The second half saw the team in white hit the woodwork twice in the span of a minute. Ronaldo’s free kick evaded everybody except the post and then Sergio Ramos’s header off a corner kick smacked off the cross bar.

Benzema made his entry in the 64th minute and scored less than a minute later. He took a nice pass from Ronaldo after Mesut Ozil dribbled it to the top of the 18-yard box.

The Madrid defense looked fairly comfortable throughout the evening but a late lapse cost them. Off a free kick in the 83rd minute, Cris won a header in the box that found a completely unmarked Gomis, who stayed onside. Gomis had a simple volley to finish the play. Iker Casillas and the Madrid defense claimed offside but the referee’s assistant got the no-call right.

After Lyon’s goal, the French side dominated play and Real Madrid was fortunate to hang on for the draw. Lyon will, however, be without the services of the talented Michel Bastos who picked up a yellow card in the second half.

Chelsea put aside the disappointment of their FA Cup exit at the hands of Everton with a 2–0 win over FC Copenhagen in Denmark.

In a day for French strikers, Nicolas Anelka scored a goal in each half. His trusty right foot did the deed both times.

Chelsea will host FC Copenhagen at Stamford Bridge on Mar. 16 and should progress barring a Danish miracle.