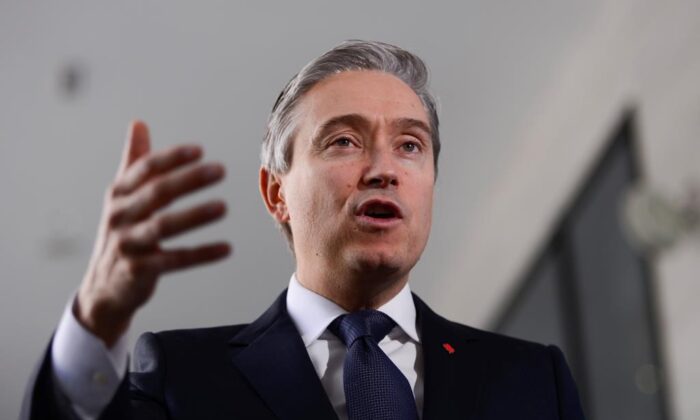 OTTAWA—Foreign Affairs Minister Francois-Philippe Champagne wrapped two days of meetings at a summit with Caribbean leaders saying he’s confident he was campaigning among “family” for support for Canada’s election to the United Nations Security Council.

Champagne replaced Justin Trudeau at the Barbados event because the prime minister chose to stay in Canada to address ongoing protests over Indigenous land rights and a B.C. pipeline.

Champagne told reporters in a conference call on Tuesday that his hosts would have preferred to see Trudeau but the close ties between Caribbean countries and Canada stood him in good stead as he pressed for support.

Canada is competing against Norway and Ireland for two temporary seats up for grabs at the UN’s most powerful body.

The secret ballot occurs in June for a two-year term starting in 2021, and while winning political promises is key, there is no guarantee those will transform into actual votes.

Champagne accompanied Trudeau on his recent trip to Africa and a German security summit where they were campaigning for support.

“I leave Bridgetown with a renewed sense of commitment towards the Caribbean. As many of them have said, this is family,” said Champagne.

Many of the leaders of the 15-country bloc known as the Caribbean Community or Caricom have personal connections with Canada, including studying here, he said.

They also view Canada as a strong candidate to “amplify” their regional interests when it comes to climate change and economic issues, he said.

Canada will need at least 128 votes in the 190-plus UN General Assembly but it faces tough competition from both Norway and Ireland, which both spend more on foreign aid and peacekeeping.

Africa is a key bloc with 54 voting countries. Trudeau’s recent trip to Ethiopia and Senegal was meant to address a perception that Canada had forgotten about the fast-growing continent in recent years.