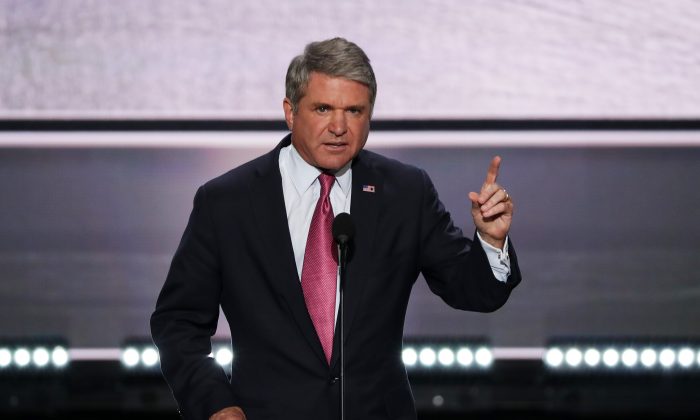 Members of the United States House of Representatives have voiced concern over the Chinese Communist Party’s interference in a classical Chinese dance competition in Hong Kong that is being organized by a New York-based broadcaster.

Michael McCaul (R-Tex.), the Chairman of the House Committee on Homeland Security, issued a statement on July 26 in support of New Tang Dynasty Television (NTD), an international Chinese language broadcaster.

Nydia Velázquez (D-NY), the Chairman of the House of Small Business Committee, urged Hong Kong leader Leung Chun-ying in a July 27 letter to ensure that the dance competition be kept “free from provocative harassment and other disturbances.”

In early June, NTD lost its venue for the preliminary round of its seventh International Chinese Classical Dance Competition because the theater management had to accept a sudden priority booking from the Hong Kong government and cancel its contract with the broadcaster.

Rep. McCaul wrote that the Hong Kong government’s actions “fit into a pattern of other instances where the Chinese Communist Party has pressured the Hong Kong Government to limit the freedom of speech and expression of its citizens, breaking the ‘One Country, Two Systems’ promise they made when Hong Kong transferred back to its authority.”

Rep. McCaul called on the Chinese regime to “respect the rights on Hong Kong’s citizens and cease all efforts to exert its influence on the NTDTV Dance Competition” at MacPherson Stadium, the new competition venue.

Presently, communist front groups are harassing the dance competition near the stadium. NTD is likely being targeted by the Communist Party because it frequently reports on the regime’s human rights abuses. The broadcaster shares the same corporate parent, Epoch Media Group, as this newspaper.

In her letter to Hong Kong Chief Executive Leung Chun-ying, a Rep. Velázquez wrote: “From a third party standpoint, the cancellation of the original event date and general track record of recent events could, arguably, suggest that NTD-TV and its hosted performances may be targeted and constrained for political or ideological reasons.”

“While the right to protest peacefully must be guaranteed, so too must the right for attendees to enjoy the rescheduled spectacle free from provocative harassment and other disturbances. I trust that you and the Hong Kong Special Administrative Regions’s government will continue to work proactively to achieve this goal and find the appropriate balance so that all groups, regardless of political or ideological beliefs, may express themselves equally and fairly.”

Several U.S. Senators, including Sen. Marco Rubio, Sen. Ben Cardin, and Sen. Robert Menendez, as well as members from the European Parliament, have also expressed their discontent with the Chinese regime’s inference in the dance competition.