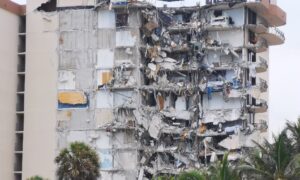 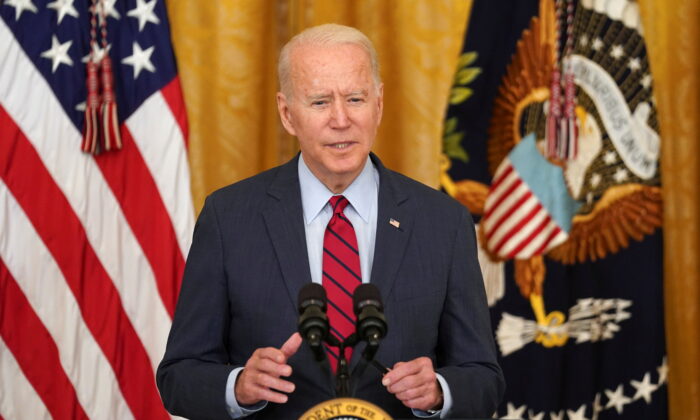 ‘Certainly Not My Intent’: Biden Walks Back Infrastructure Veto Remarks

WASHINGTON—U.S. President Joe Biden on Saturday withdrew his threat to veto a $1.2 trillion bipartisan infrastructure bill unless a separate Democratic spending plan also passes Congress, saying that was not his intent.

Moments after announcing the bipartisan deal on Thursday, Biden appeared to put it in jeopardy with his comment that the infrastructure bill would have to move in “tandem” with a larger bill that includes a host of Democratic priorities that he hopes to pass using reconciliation to bypass the Senate filibuster rule.

He said of the infrastructure bill on Thursday that “if this is the only thing that comes to me, I’m not signing it.”

Those comments sparked criticism from some Republican lawmakers who were party to the deal and accused the president of making new demands. Biden sought to clarify his position on Saturday.

“My comments also created the impression that I was issuing a veto threat on the very plan I had just agreed to, which was certainly not my intent,” Biden said in a statement.

The new comments create some distance between the White House and House Speaker Nancy Pelosi, who said on Thursday that Democrats would not consider the bipartisan infrastructure package until both it and a larger spending plan aimed at climate, American families, and other social priorities pass the Senate.

Biden said he is prepared to defend both spending packages against Democrats and Republicans and said they should be considered independent of each other. He will be making the case across the country, starting in Wisconsin on Tuesday.

“We will let the American people—and the Congress—decide,” Biden said.

Biden’s previous comments had put internal party pressure on the 11 Republicans in the group of 21 senators who endorsed the infrastructure package to abandon the agreement.

The $1.2 trillion framework includes $579 billion in new spending on major investments in the power grid, broadband internet services and passenger and freight rail. The package would be paid for through more than a dozen funding mechanisms, including $100 billion in estimated tax revenues from a ramp-up in enforcement by the Internal Revenue Service, and unused COVID-19 aid money.

Meanwhile, Democrats are cobbling together a spending bill that could include money for schools, climate change mitigation, and support for parents and caregivers. It will also likely include Biden’s bedrock pledge to make the U.S. economy more fair by increasing taxes on the rich and corporations.

Democrats plan to pass that spending bill, without the need for Republican support, through the reconciliation process that avoids a Senate rule requiring 60 votes to move a bill along. Democrats cannot afford to lose one vote in the Senate if they want the spending bill to be successful.