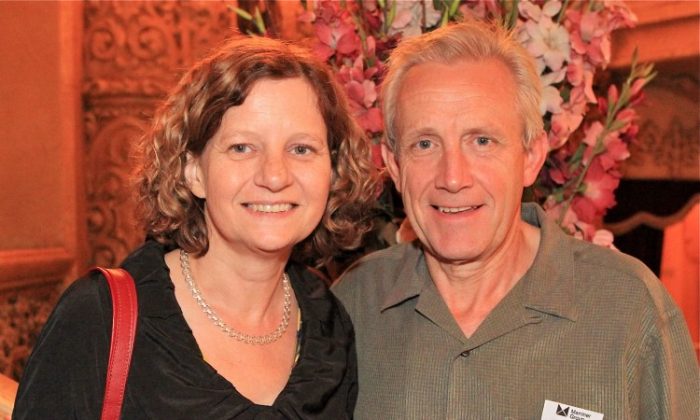 The New York-based company will continue performances in Canberra, before crossing the Tasman for shows in Auckland and Wellington and then returning to Sydney on April 27.

Chris Brown, CEO of Kooyong Lawn Tennis Club, and his wife Cathy, were among the audience that crowded into the theatre to see the company give its final performance and to applaud enthusiastically encouraging tenor Hong Ming to give an encore.

“I was taken by the colour and the movement. I thought it was really engaging, it was terrific. I really enjoyed it,” Mr. Brown said.

“I enjoyed the variety-the dancing and the singing, the backdrops and how it interacted with the movement on stage was wonderful, and the orchestra was brilliant. I loved the mixture of the Western and the Eastern instruments,” she said.

Mr. Brown said at first he was hooked by the colour and movement emanating from the stage, but as the performance began to unfold, he realised its entirety.

“Like Cathy said, the orchestra was terrific and the blending of the Western and the Chinese cultures was something I hadn’t experienced before, that was really good,” he said.

Each dance, song, and musical chord carry subtle messages that touch a deeper core of the ancient spiritual culture, such as honour, propriety and wisdom, the company website says.

“There was some interesting messages in there … and some of the mixing of the current difficulties in China. I was interested to see that presented in theatrical form. That was interesting to see,” he added.

Mr. Brown was alluding to a couple of vignettes that expose the ongoing persecution of Falun Gong, a traditional spiritual practice, in China.

For Mrs. Brown, she commented on the choreography, designed to match hi-tech animated backdrops and the synchronised patterns of the dancers wearing radiant costumes, all moving in harmony.

“I enjoyed the way the dancers all lined up and had their different formations and mingled together and then split up, and the different heights and the energy.”

Mr. Brown added, “The energy was what got me, the absolute energy of some of the performers. Their athleticism and the blending of what looked to me to be acrobatics, which was explained to us as the form of the dance, that was very breathtaking.”