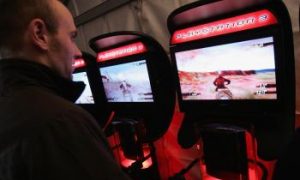 By Tara MacIsaac
Print
NEW YORK—The 71-foot-tall, 3,500-year-old obelisk outside of the Metropolitan Museum of Art, known as Cleopatra’s Needle, could be reclaimed by the Egyptian government.

The Secretary-general of Egypt’s Supreme Council of Antiquities, Zahi Hawass, said the obelisk is badly weathered and the ancient hieroglyphs are wearing away.

“I have a duty to protect all Egyptian monuments whether they are inside or outside of Egypt,” stated Hawass in a letter he sent to Mayor Michael Bloomberg, which he also posted on his blog. “If the Central Park Conservancy and the City of New York cannot properly care for this obelisk, I will take the necessary steps to bring this precious artifact home and save it from ruin.”

The Central Park Conservancy claims, however, that the noted damage to the obelisk occurred before the 20th century. The Metropolitan Museum conservation laboratory conducted research into the condition of the obelisk in the 1980s and identified the source of the damage as occurring in the distant past.

“We have been working in recent years with the Metropolitan Museum and the Central Park Conservancy to further analyze the condition of the obelisk and monitor its condition. There is no evidence at this point of any significant ongoing erosion,” said Jonathan Kuhn, director of Art & Antiquities for NYC Parks & Recreation in a statement.

The 244-ton granite monument has stood tall in Central Park since 1880, when it was gifted to the city by the Egyptian khedive. It arrived on Staten Island, floated down the Hudson River on pontoons, and was greeted by thousands to watch as it was erected at its present site.

The obelisk was commissioned in 1,500 BC by Pharaoh Thutmose III to be erected on the banks of the Nile in celebration of his 30 years in power. Romans took it to Alexandria, where it stayed until its journey to the new world.