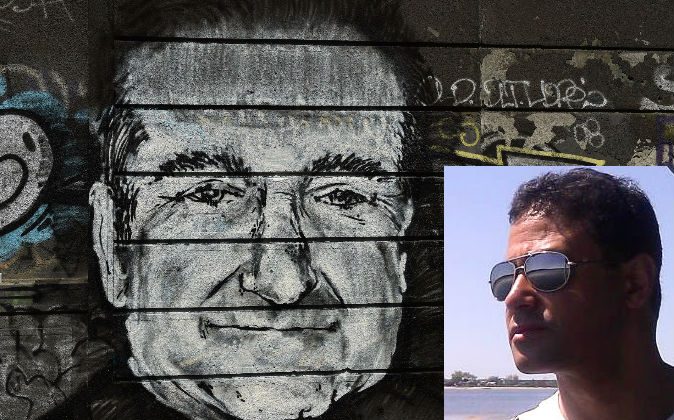 NEW YORK—Jesse Bravo is a high-profile psychic in New York City. He trades stocks by day, and holds séances by night. He channels the dead loved ones of a variety of clients—though he won’t say which celebrities knock on his door, maintaining psychic-client confidentiality.

He said he’s also channeled dead celebrities, including Robin Williams. So many people have so many questions for the beloved comedian who departed so abruptly. Bravo said he had a chance to ask these questions, and Williams’s answers can be broken down into four categories: drugs, kids, money, and depression.

The tone was profound, yet light-hearted, and a joke or two slipped through from the other side.

“Show me a person who doesn’t smile, and I’ll show you a person who needs a colonoscopy,” Williams said, according to Bravo. The message was, we take ourselves too seriously. Bravo said Williams asked his fans not to judge him by the last 10 percent of his life, but to remember him for the other 90 percent in which he laughed a lot. “Remember him smiling,” Bravo said.

Robin Williams performs onstage during the 6th Annual Stand Up For Heroes at the Beacon Theatre in New York City on Nov. 8, 2012. (Mike Coppola/Getty Images)

Robin Williams performs onstage during the 6th Annual Stand Up For Heroes at the Beacon Theatre in New York City on Nov. 8, 2012. (Mike Coppola/Getty Images)

Bravo noted that when he channels those who’ve died, whatever messages they present are filtered through his own understandings. It’s like two people looking at the same political situation, he said; the facts are the facts, but depending on the perspective, they can appear quite differently.

Drugs: Comedy Was Also an Addiction

According to Bravo, Williams said he turned to drugs to “go outside of himself.” Comedy, as much as cocaine or alcohol, accomplished this.

“I believe the reason he wanted it explained that way was that everything we do to bring ourselves outside of ourselves should be in that category [of addiction],” Bravo said.

At the end of his career, Williams was slowing down. He was spending less time in character roles and more time as himself, more time in isolation and pain. His family was held hostage by his addictions, and he had to keep apologizing to them, explained Bravo.

In drugs and in comedy, Williams “just wanted to seek the comfort of oblivion.”

Kids: Defending Himself Against Critics Who Say He Hurt Those He Left Behind

Williams purportedly responded to criticisms against him by punk-rock performer Henry Rollins.

Rollins wrote an editorial for L.A. Weekly in which he recognized Williams’s suffering and good character, but also criticized his decision to take his own life:

“I simply cannot understand how any parent could kill themselves. How … could you possibly do that to your children? I don’t care how well adjusted your kid might be—choosing to kill yourself, rather than to be there for that child, is every shade of awful, traumatic and confusing. I think as soon as you have children, you waive your right to take your own life. No matter what mistakes you make in life, it should be your utmost goal not to traumatize your kids. So, you don’t kill yourself.”

Williams agreed that maybe he should have waited, recalled Bravo: “I should have just hung in there and seen where it would have left me.” He is also sorry for how it has affected his family, Bravo said, but Williams also pointed out that his children are all grown. He wasn’t leaving them without a father to raise them or without a parent to take care of them. “I didn’t leave my family in that way [that Rollins described],” Williams said, according to Bravo.

Finding out Parkinson’s Disease was taking hold of his body frightened him, he purportedly told Bravo. “There was no chance,” he said. “The ending was not [going to be] nice.”

Money: A Funny Man, Not a Business Man

Envy crept in as Williams watched others who possessed less talent make considerably greater fortunes than his own, Bravo said. Yet, the comedian took it as a joke.

“I’m not paid as if I’m one of the best,” Williams told Bravo. Bravo explained, “That in itself was a joke, a universal joke to him.”

“I was always a bad business man, jokes were my business,” Williams purportedly said.

Depression: A Curse and a Blessing

Though the depths of Williams’s anguish are evident in their culmination, Bravo said Williams was grateful that his depression helped him to help others.

Williams felt the purpose of his life was to live for others, and he fulfilled that to a large degree, Bravo said. Williams urged everyone give themselves to others. “It kept me alive,” he told Bravo.

Bravo recounted Williams’s words of advice: “Find that voice that cries for happiness and ride that happiness to wherever it leads you, and you will live a life beyond your wildest thoughts. But always give of yourself.”

Bravo said he started communicating with the dead as a child. It wasn’t until his own son started showing a similar aptitude that Bravo decided to learn more about his ability. He wanted to help guide his son to use it as his parents never did for him.

Bravo’s mother also had the ability, he said, but she had a scary experience with it, having opened the door to bad forces, and she refused to talk about it.

The intention makes all the difference, Bravo said. For example, he will not try to use the ability to gain money on the stock market in his day job. Nor will he use it to learn the winning lottery ticket numbers.

He was tested by James Randi, famed debunker, as part of an ABC program. But, Bravo said, the test was not suited to his ability. He was asked to detect which of several envelopes contained the photograph of a dead celebrity. Trying to tap into information about inanimate objects for the purpose of a test just doesn’t work, Bravo said. The messages he receives are not completely within his control, and they are also not so precise. They are open to interpretation. There’s just no on-demand, 100 percent guarantees in this matter, he said.

ALSO SEE: How to Prove the Paranormal: Scientists Discuss

Bravo differentiated himself from professional psychics who need accolades to gain clientele. Bravo charges about $500/hour for a private session and also holds weekly séances at a price of $20/person, but this isn’t his day-job. “I believe that my reputation and word of mouth is what’s most important here,” he said.

Wall Street Journal reporter Jo Piazza attended one of Bravo’s séances in 2011 and spoke to a regular attendee, Megan McGrath. McGrath told Piazza: “He once told me there was a woman on my father’s side talking to him—named Johanna with long, curly black hair. My great-great-grandmother on my dad’s side is named Johanna and had long, curly black hair, but I did not know this until after the reading when I asked my aunt.”