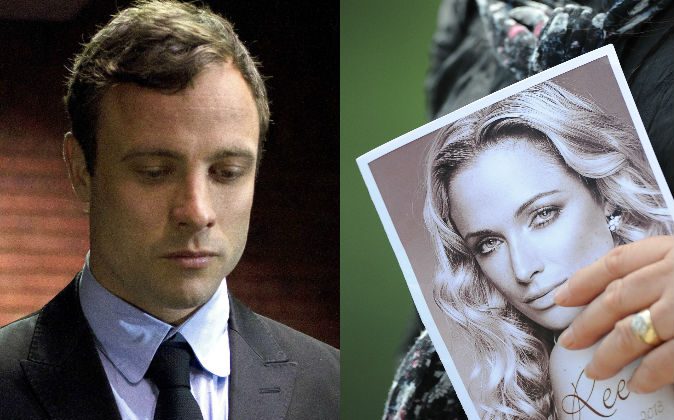 Some of the predictions seem to be logical assumptions—following the course of unhealthy lifestyles to their end—but some seem to come out of the blue.

Bam Margera and Ryan Dunn were best friends. Margera cried during an interview (see below) with Fox News shortly after finding out Dunn was killed in a car accident June 2011.

Dunn and Margera were not together the night of the accident. Margera said he inexplicably acted out at the time of Dunn’s accident, starting to hit the windows of a van he was in and to rip out the speakers.

“I don’t even know why, I wasn’t mad at anything or anybody … It was exactly when he crashed.”

Reeva Steenkamp painted a picture when she was a teenager depicting a gunman, an angel, and a stairway to heaven. Following her death last year, her parents described it as a “premonition.” Steenkamp’s parents spoke about the painting in a documentary, according to the Daily Mail.

She was shot and killed almost a year ago, on Feb. 14, 2013, by her boyfriend, Olympian Oscar Pistorius, who said he mistook her for an intruder.

3. A Little Bird Told Liam Neeson of His Father’s Passing

A little red bird flew into actor Liam Neeson’s apartment. Neeson, an Irish actor known for his role in “Schindler’s List,” was reminded of his father, as his father had kept birds when Neeson was younger.

The bird flew around inside for a little while, then went back out through the window. An hour later, Neeson got a call saying his father had died.

In an interview with “Inside the Actors Studio,” cited by Contact Music, Neeson said: “There’s a legend: if a bird comes into your house it’s a sign of death or a birth, and my sister Bernadette, she had a similar experience with a pigeon that had broken a leg; she started thinking about our father too.”

Abraham Lincoln was aboard the River Queen ship a few days before he was assassinated. He had a dreamthat he was in the White House and he encountered a group of mourners.

He inquired as to who had died, and a soldier responded: “The president.”

Harriet Tubman, famous for leading hundreds of slaves to freedom in the 19th century, was said to have visions that successfully guided her away from danger. She would see herself and the others running into trouble at certain points along the way and would avoid those routes.

In the weeks leading up to actor Philip Seymour Hoffman’s death, he had told friends his heroin addiction was serious; he said, “If I don’t stop I know I’m gonna die,” reported TMZ.

He had tried to get help for his addiction, but he kept falling back into it. He was found dead from an overdose in his New York City apartment last weekend. Before his recent relapse, he was considered a success case for addiction recovery.

In the last week of her life, singer Whitney Houston spoke much more than usual about spiritual beliefs. She told close friends she “really wanted to see Jesus,” according to TMZ. “I’m going to go see Jesus… I want to see Jesus,” the 48-year-old told friends days before she died in February 2012.

After Michael Jackson’s death in 2009, Lisa-Marie Presley wrote on her MySpace blog:

“Years ago Michael and I were having a deep conversation about life in general. I can’t recall the exact subject matter but he may have been questioning me about the circumstances of my Fathers Death.

“At some point he paused, he stared at me very intensely and he stated with an almost calm certainty, ‘I am afraid that I am going to end up like him, the way he did.’

“I promptly tried to deter him from the idea, at which point he just shrugged his shoulders and nodded almost matter-of-fact as if to let me know he knew what he knew, and that was kind of that.”

She said 14 years later, when she found out Jackson died and when she saw the media coverage and controversy, she recalled that conversation.

“A predicted ending by him, by loved ones, and by me, but what I didn’t predict was how much it was going to hurt when it finally happened.”