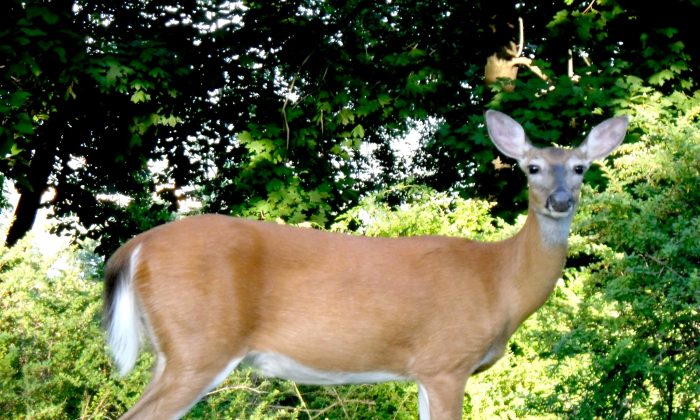 Nearly every county in Wyoming has reported instances of CWD. A number of counties in Colorado also experienced the disease.

In January 2019, “ there were 251 counties in 24 states with reported CWD in free-ranging cervids,” the agency said.

The illness attacks the brain, spinal cord, and other tissues in elk, deer, and moose. The disease eventually leads to the animal’s death, but it first makes them lose weight, slows their coordination, and they also turn aggressive, the agency said.

There is no evidence that the disease can affect humans.

The disease was first found in captive deer in the late 1960s in Colorado and in wild deer about two decades later. By the 1990s, CWD was found in nearby areas in northern Colorado and southern Wyoming before spreading to other states.

“Since 2000, the area known to be affected by CWD in free-ranging animals has increased to at least 24 states, including states in the Midwest, Southwest, and limited areas on the East Coast,” the agency said in its update.

Meanwhile, there is a chance it might occur in other states that don’t have robust “animal surveillance systems,” noting that there may be cases in those areas that haven’t been detected yet.

“Once CWD is established in an area, the risk can remain for a long time in the environment. The affected areas are likely to continue to expand,” the CDC said.

Overall, the occurrence of the disease in free-ranging elk and deer is relatively low.

“The infection rates among some captive deer can be much higher, with a rate of 79 percent (nearly 4 in 5) reported from at least one captive herd,” according to the agency.

In its latest update, the agency said CWD has also been reported in Norway, Finald, and South Korea.

According to the News-Tribune of Duluth, most infected animals appear healthy. It’s only until the end that the deer show “zombie”-like symptoms.

“The suspected culprit for this disease is a very small infectious agent called a prion. In CWD the brains of deer, moose, and elk progressively become like sponges,” wrote Forbes health writer Bruce Yee. “Not sponges in a good ‘absorb-more-information’ way but sponges in a bad ‘develop-more-and-more-real-holes’ way.”

The CDC said that studies have shown there is “no strong evidence for the occurrence of CWD in people, and it is not known if people can get infected with CWD prions.”

But experimental studies on laboratory mice and squirrel monkeys have raised the concern that CWD could pose a risk for human transmission, suggesting it’s important to limit exposure to people.

“Additional studies are under way to identify if any prion diseases could be occurring at a higher rate in people who are at increased risk for contact with potentially CWD-infected deer or elk meat. Because of the long time it takes before any symptoms of disease appear, scientists expect the study to take many years before they will determine what the risk, if any, of CWD is to people,” the CDC said.