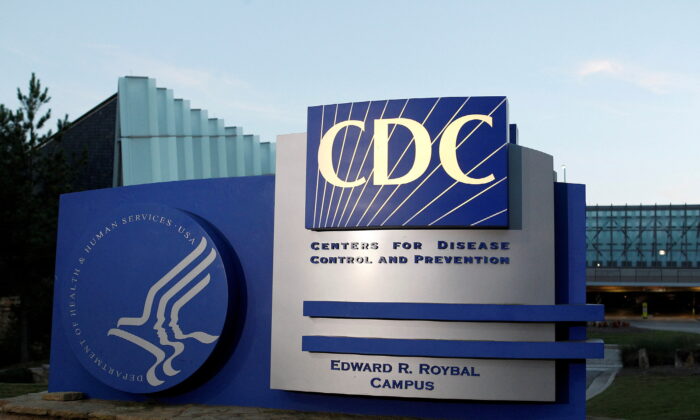 The Centers for Disease Control and Prevention (CDC) was sued by America First Legal (AFL) to compel the release of records regarding correspondence between the federal public health agency and social media companies during the COVID-19 pandemic. AFL, a legal nonprofit run by former Trump administration officials, recently obtained documents showing that the CDC worked with big tech companies to flag and censor posts deemed as COVID-19 misinformation.

Gene Hamilton, vice president and general counsel of AFL, told The Epoch Times that “seeing [then-press secretary] Jen Psaki at the White House podium last year, admitting that they were actively collaborating with social media companies to combat what the administration deemed as misinformation” was great cause for alarm.

During a July 2021 press conference, Psaki said: “We’re regularly making sure social media platforms are aware of the latest narratives, dangerous to public health that we and many other Americans are seeing across all of social and traditional media. And we work to engage with them to better understand the enforcement of social media platform policies.”

AFL immediately submitted requests under the Freedom of Information Act (FOIA) for all records related to the collaboration, according to Hamilton. He wasn’t surprised to have “received no records from the goodwill of the Biden administration, despite the legal obligation to do so.”

More than a year later, Hamilton said that “we finally have some of the very first records that establish precisely what Jen Psaki was talking about at the White House podium.” He described the records received thus far to be “incredibly illuminating because they actually show what the White House said was happening.” Prior to this, no one had direct evidence of the collaboration, he said.

For example, Facebook provided the CDC with $15 million dollars worth of ad credits to be used to support the agency’s COVID-19 messaging on the social media platform. According to AFL, the “non-monetary gift” could be in violation of the Antideficiency Act’s limitation on voluntary services (31 U.S.C. Section 1342).

AFL suspects “many, many more records to come,” according to Hamilton.

“And as time goes on, we are anticipating massive implications for the federal government and for the social media companies,” he said.

According to Hamilton, there are many examples in the 286-page production of the “CDC flagging explicit posts on Twitter and Facebook that they viewed as being misinformation.”

“There are also examples of the federal government engaging in regular BOLO [Be on the Lookout] calls where they would coordinate, collaborate, and talk about things that they deemed as misinformation,” he said.

Following a May 28 BOLO meeting, an email from CDC Digital Media Branch Chief Carol Crawford requested that those in attendance of the meeting “please do not share outside your trust and safety teams.”

The documents also show that the CDC was working with the Census Bureau in this effort, Hamilton noted. The CDC was collaborating with the bureau to “leverage their infrastructure to identify and monitor social media for vaccine misinformation,” according to one email.

Hamilton said that it’s “absolutely shocking” that federal government agencies engaged in this kind of conduct.

“We have a First Amendment for a reason—the federal government cannot get around requirements of the First Amendment by merely directing a private entity to violate it,” he said.

Warning to the Republic

Hamilton issued a warning to the U.S. public: “We are at a point in our society where we have evidence of the federal government dictating what is truth and what is not truth to private companies.”

The Biden administration fully expected the private companies involved to “enforce the government’s standard of truth upon the American society,” he said.

And this is “a level of power that’s inconsistent with the Constitution and our founder’s vision for the limited role of the federal government” in the United States, Hamilton said. Not only is it appalling, but “it’s anti-American.”

The general counsel said, “The average American sitting at home needs to understand that this is just one example of this happening.”

Hamilton said it has been “made clear” that the government’s ability to deem what constitutes misinformation and disinformation is “a substantial threat” to the American people. And as a result, “Americans should have every reason to suspect that this is occurring in other areas, too.”

“The federal government and these social media companies are acting complicit with one another in determining what is and is not truth; it’s the kind of thing that you would see in a totalitarian society.”