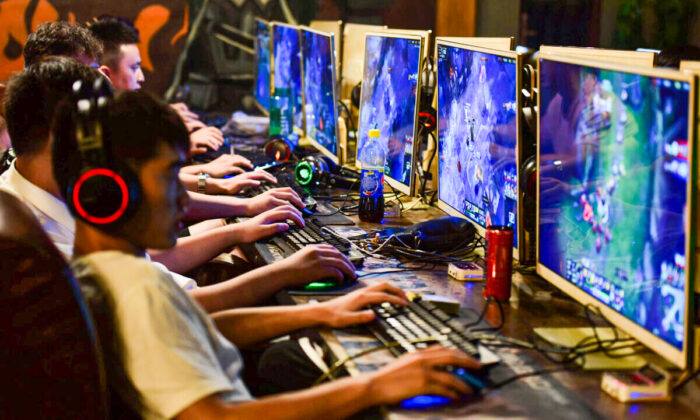 The Chinese Communist Party (CCP) has further tightened ideological control before its 20th party congress. The regime’s Cyberspace Administration announced on Sept. 2 that it would launch a three-month special campaign to clamp down on “internet rumors.”

The Cyberspace Administration said in a statement that the campaign would target “rumors” about major political meetings, important policies, the regime’s heroes and martyrs, society, the economy, natural disasters, and so forth. Those who post and repost the “rumors” will be blacklisted, and their social media accounts could be suspended indefinitely, according to authorities.

China’s cyberspace is already heavily censored by the CCP, and any information that deviates from the party’s official rhetoric is filtered. The control is not only aimed at information about mainland China but also about international affairs.

According to data released by the Cyberspace Administration on Aug. 19, more than 22 million pieces of “illegal” information online were deleted last year, and 1.34 billion accounts were suspended, which is equivalent on average to every Chinese citizen being banned online once.

“Judging from the timing of the campaign, it’s obviously for the CCP’s upcoming 20th party congress in October,” Li said. “They need to get rid of the ‘rumors’ about CCP leaders and personnel changes before the meeting and to purge the negative information that exposes the history and system of the CCP. In the words of the CCP, it is to ensure ‘political security.’ But the authorities feel that it can’t be said directly, so they made up a reason that sounds righteous for the move to announce to the public. In fact, everything the CCP does is to maintain its power.”

A few days prior to the Cyberspace Administration’s announcement, a Chinese internet user whose social media account is named “Tropical Rainforest” posted on a group chat warning of the possible city-wide lockdown of Chengdu, a city with 21 million people. He was arrested and detained for 15 days for “spreading rumors.” However, just two days later, Chengdu was indeed put under lockdown on Sept. 1.

Li said the recent “Tropical Rainforest” incident may have been related to the regime’s new anti-online rumor campaign.

“This netizen exposed the internal decision of the CCP,” he said. “Although it was later confirmed to be correct, he was still arrested as soon as it went viral. It shows that the CCP is very afraid of citizens’ freedom of speech to affect its ‘political stability.’ However, the consequence of the CCP’s suppression is that the society become a ‘pressure cooker’ for public discontent, and there is no way to vent. Once a major incident occurs, all the pressure will erupt and come back to the CCP. It will be more devastating for the CCP then.”

Shi Zangshan, a China expert, said that, throughout the history of the CCP, every time such a large-scale “anti-rumor” campaign has occurred, it was at a time when the party was experiencing the most unstable political situation and a major event was about to happen.

“Since the CCP came to power, the authorities have imposed their decisions on more than 1 billion people without any transparency,” Shi said. “The CCP’s top circle has created a lot of rumors for the needs of infighting and deceiving the people. The actual rumors come from within the CCP and stem from the CCP’s dictatorship.”

Xu Jian contributed to the report.