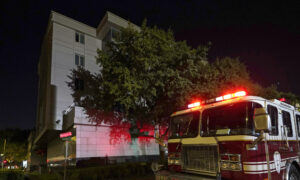 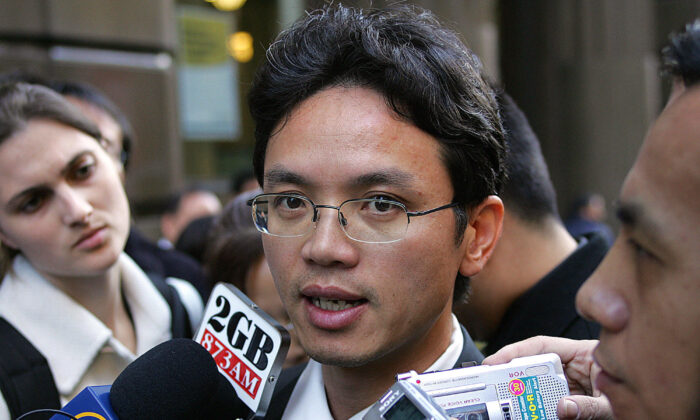 A former Chinese diplomat who turned whistleblower in 2005 has warned Australian politicians to pay more attention to China’s infiltration of universities and research institutions, in a submission to a parliamentary inquiry about the national security risks affecting the sector.

Chen Yonglin was formerly a senior diplomat at the Chinese consulate in Sydney whose job included monitoring Chinese dissidents before he defected 16 years ago. He has since exposed the Chinese Communist Party’s (CCP) infiltration tactics in the West.

In his submission, Chen said infiltration into universities is an important part of the CCP’s Australia policies.

Chen lists four vehicles the CCP have used to steer influence in the sector. They are the Confucius Institutes (CI), Chinese Student and Scholars Associations (CSSA), brain drain programs like the Thousand Talents Plan and others, and by compromising academic freedom.

Chen noted the CCP’s most successful vehicle for infiltration has been the CI’s and Confucius Classrooms which were attractive to top universities and public and private schools.

“China sees the CI as its agent of soft power, an exporter of Chinese culture and influence, and an important element of the global Grand Propaganda strategy,” Chen said.

“In practice, telling China’s story well looks a lot like serving the ideological aims of the state,” Louisa Lim, a former BBC China correspondent-turned-lecturer and author; and Julia Bergin, a researcher for “The Little Red Podcast,” wrote in The Guardian on Dec. 7, 2018.

According to Chen, CI students are seen as potentially “valuable assets of China in future spy operations and political influence networks.”

“The CI is a Trojan Horse of the CCP planted in overseas tertiary education, not a treasure box delivered from Communist China,” he said.

Peter Hoj, the incoming University of Adelaide vice-chancellor, and former University of Queensland (UQ) vice-chancellor said on Feb. 3 that UQ should never have accepted course funding from the CI while denying the institutes had anything to do with formulating courses.

Hoj, who has been criticised for being too close to Beijing, told The Australian that it was “a stupid thing to do.”

“When you run a university there are lots of things happening in an institution with 6,000 people, most of whom are independent thinkers. As soon as we learnt about it we said: never again. It was a stupid thing to do,” he said.

The second tier of infiltration identified in the submission was the Chinese Student and Scholar Associations (CSSA).

A common feature across university campuses around Australia, Chen said CSSAs are a tool of the Chinese overseas missions to maintain and extend the ideological control that the CCP has over Chinese university students.

Funded jointly by Chinese consulates, United Front groups, state-owned enterprise investors, and other CCP institutions, Chen noted CSSAs in Australia were successful in controlling the “spiritual world” of the majority of Chinese students on campuses.

He also explained that through the CSSAs, Chinese students are politically organised on Australian university campuses to conduct counter-rallies against anti-CCP protests and pro-democracy lectures and forums on issues like human rights in China.

Further, he explained that many Chinese students are sent to Australia with the purpose of gaining permanent resident status. Sometimes, students are also recruited by undercover operatives to facilitate the CCP’s activities in Australia.

Another point of concern for Chen was how the CCP can lure universities into satisfying the political agenda of the communist regime by compromising on academic freedom for the sake of maintaining Chinese student enrolments.

Further, he noted examples of incidents between 2004 and 2020, in which Chinese consulates have wielded its tools to influence universities to compromise on Australian rights and freedoms.

According to Chen, in 2004, the Chinese consulate in Sydney instructed the University of Wollongong’s CSSA to pressure the university to take down a photo with a background that showed a Falun Gong bookstall. Falun Gong is a spiritual meditation practise whose adherents live by the tenets of truthfulness, compassion, and forbearance. The practice is currently persecuted in China.

In April 2006, Wei Wu, a tutor and PhD candidate was forced to resign after the CSSA organised an internet campaign, “in cooperation with CCP media,” against him for posting a note critical of the CCP on the Chinese language social media platform Weibo.

In April 2013, the University of Sydney cancelled a planned speaking event by the Dalai Lama due to pressure from the Chinese consulate in Sydney and in August 2020, the University of New South Wales (UNSW) deleted an article critical of the CCP’s human rights violations in Hong Kong after online backlash from Chinese students. The article was reinstated following criticism by Australian politicians and in the media.

Chen also cited the prominent incident at the University of Queensland in 2019, when pro-CCP thugs attacked Drew Pavlou, then a student, who led a pro-democracy demonstration in support of Hong Kong.

Australian universities have been criticised for their reliance on Chinese students, but Peter Varghese, the chancellor of UQ and a former secretary for the Department of Foreign Affairs and Trade, said in 2018 that “China has proven to be the easiest answer to the budget pressures facing all Australian universities.”

In the submission, Chen also urged all Australian parliamentarians to read the Australian Strategic Policy Institute’s report, Hunting the Phoenix, on China’s Thousand Talents Plan, the most well-known of the CCP’s “brain drain” projects which Beijing used to steal intellectual property for its own purposes by recruiting scientists and scholars.

Warning that there are many other programs that function similarly in Australia—including the Cheung Kong Scholarship Program, Thousand Young Talents Plan, Plan 111, and Fellowship Experts Workstations—Chen noted that the CCP utilises joint partnerships with overseas scientists and researchers to gain access to sensitive technology and innovative research that can be potentially used for the Chinese military.

“In 2013, the University of New South Wales joined hands with Shanghai Jiao Tong University in setting up a Collaborative Research Fund to sponsor a number of sensitive technology researches potentially useful for the Chinese military,” Chen said as an example.

The UNSW did not respond to a request for comment. Its webpages for the Collaborative Research Fund are no longer published online.