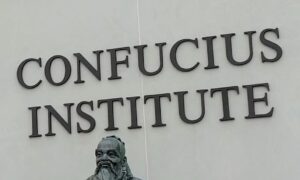 It's 'Way Past the Time' for Confucius Institutes to Close: Expert
0
Share Now
TelegramFacebookTweetEmailTellMeWeReddit
Copy Link 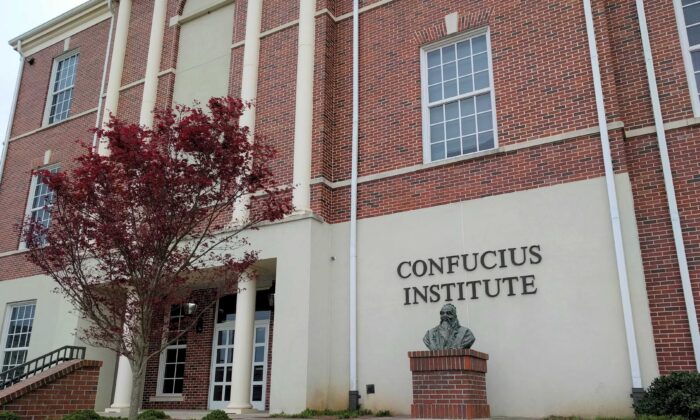 A view of the Confucius Institute building on the Troy University campus in Troy, Ala., on March 16, 2018. (Kreeder13 via Wikimedia Commons)
Canada

Cardy said his study of Confucius Institutes (CIs), Chinese foreign policy operations, and the correspondence and complaints he received over the years from Chinese and non-Chinese Canadians on how they operate, confirmed to him that CIs “are a danger to the countries in which they are located.”

His testimony was also consistent with those of Michel Juneau-Katsuya, an expert in national security and intelligence and former staff at the Canadian Security Intelligence Service, who told the committee on April 19 that Confucius Institutes (CIs) are “essentially spy satellites sent out by China” to conduct espionage work for the CCP.

Besides that, students enrolled in CI programs are politically indoctrinated with messages such as “Taiwan was just another part of China.”

“Programs supposedly focusing on culture and language in many cases included overt political propaganda,” he said.

“This included having elementary school students drawing maps of China that would erase the border with Taiwan, included the denial of the reality of Tiananmen Square [massacre], included the disciplining of students who raised questions around China’s abysmal human rights record.”

Chinese parents who wished to expose CI’s agenda, however, were fearful of dealing with the repercussions of Beijing’s wrath.

“They expressed real concerns about the potential impact on family back in China if they spoke out openly about the issues that they felt are definitely present with the Confucius institutes programming,” Cardy said.

The minister cited examples of how in one case, parents arranged to meet him off-site in an open area as they were afraid of being surveilled by CCP agents. Another case had parents telling him they were using emails registered specifically for the purpose of communicating with him. A few chose to write to him directly.

“They definitely felt censored,” Cardy said. “You would expect from any citizen of the country that again routinely tortures and murders a large number of its own citizens, and has shown no compunction about extending that ill-treatment towards citizens of other countries.”

Cardy added he could certainly understand their concerns given “Canada’s not particularly strong record in standing up to that poor treatment.”

“All I could do was to promise them that I would protect their confidentiality, and do my very best to be a voice for the hundreds of millions of people in China who are desperate for change, and desperate for the sort of freedoms that we enjoy every day,” he said.