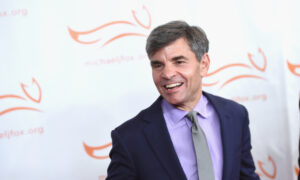 Morning shows on the three major news networks did not cover members of Congress asking ABC to explain the reasoning behind killing a story about convicted sex offender Jeffrey Epstein. The networks’ online news sites also did also not report on the request.

House Minority Leader Kevin McCarthy (R-Calif.), Rep. Doug Collins (R-Ga.), and Rep. Michael McCaul (R-Texas) sent a letter on Nov. 17 to ABC News President James Goldston asking why the network “quashed” a story about Epstein, who was being held on child sex trafficking charges when he killed himself in August.

Anchor Amy Robach was captured on a “hot mic” discussing the story in 2016 in video footage recently released by Project Veritas. She said the story had “everything,” including photographs, and expressed anger it wasn’t aired. “What appears to have been presented to Ms. Robach is first-hand evidence of human trafficking,” the lawmakers wrote to Goldston.

ABC’s “Good Morning America” ignored the major update, as did NBC’s “Today” show and “CBS This Morning,” according to the Media Research Center, a media watchdog.

I am deeply concerned that ABC News chose to bury the truth about Jeffrey Epstein’s role in human trafficking. @RepDougCollins, @RepMcCaul and I sent a letter to the President of @ABC News requesting more information about their enabling of Mr. Epstein. pic.twitter.com/AVqfZKqmt6

The networks instead spent time “on a different, more palatable Epstein angle: A debacle of an interview given by Britain’s Prince Andrew to the BBC,” Scott Whitlock of the center wrote.

CBS News did not have a story on its website about the letter from Congress to ABC as of Monday evening, nor did NBC News or ABC News.

Prince Andrew, a longtime associate of Epstein, defended the association in the interview, saying at one point he stayed at Epstein’s infamous New York City mansion because it was convenient.

Asked about being pictured with Virginia Roberts—the Epstein accuser who spoke with ABC—the prince, 59, said he couldn’t recall meeting her and alleged there are “a number of things that are wrong” with her account.

He said the picture could be fake.

After the Robach video leaked, ABC identified a former employee who accessed the footage while working there, and alerted CBS that the woman was working there. CBS then fired the woman.

She said that she did not leak the clip to Project Veritas.

ABC’s handling of the story has brought widespread criticism and attention from the highest levels of government. President Donald Trump retweeted a video of a Fox News segment criticizing ABC for extensively covering unproven allegations against Supreme Court Justice Brett Kavanaugh without evidence but refusing to report on the Epstein story.

The president added his own commentary, writing in the Twitter post: “ABC is as bad as the rest of them. Journalistic standards are nonexistent today. The press is so dishonest that we no longer have Freedom of the Press!”