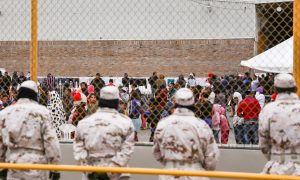 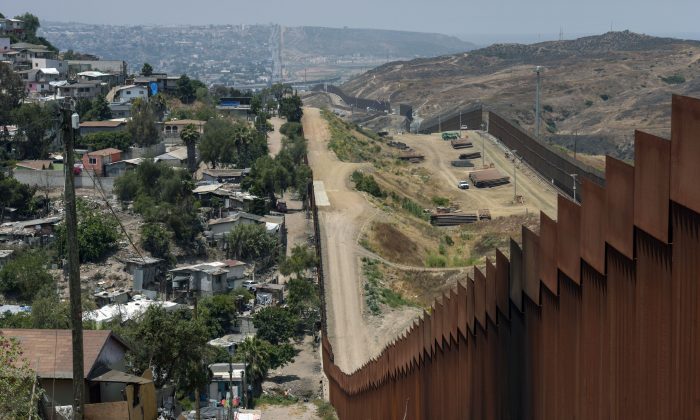 About 50 miles of brand new wall has been completed by Customs and Border Protection (CBP) along the United States’ southwest border, with more expected to be constructed, according to acting Commissioner Mark Morgan.

“Fifty miles of new border wall on the Southwest border and construction continues every day,” Morgan announced in a July 10 Twitter post. “Construction is underway for more than 50 additional miles and more contract awards are anticipated by the end of the year.”

Accompanying Morgan’s Twitter post were a few photos, some showing the construction process—others depicting the finished product. It didn’t say exactly where the new wall was being built.

The Department of Homeland Security announced weeks ago that Morgan would serve as the acting commissioner of CBP after John P. Sanders’s decision to resign. Morgan became the acting director of Immigration and Customs Enforcement (ICE) in May.

Last month, President Donald Trump praised a decision reached by the federal court denying a request by House Democrats to block funds being appropriated from other accounts for the construction of the border wall.

“Just had a big victory in Federal Court over the Democrats in the House on the desperately needed Border Wall. A big step in the right direction. Wall is under construction!” Trump wrote on Twitter.

“[It’s] coming along aggressively,” McAleenan told Trump during a meeting at the White House on June 12. “By the end of next year, over 400 miles [will be built].”

The United States is dealing with a rising influx of illegal aliens, most of whom are traveling through Mexico from Central America.

The sex offender was detained after agents spotted a man approximately six miles north of the U.S.-Mexico International Boundary. The man was identified as a 53-year-old Honduran national who had no legal documentation. He was arrested and sent to a nearby station for processing.

After running records checks at the station, the man was revealed to have had a “criminal conviction out of New Hampshire for aggravated felonious sexual assault against a child,” according to CBP.

The smuggling attempt was foiled when a U.S. Coast Guard cutter intercepted a pleasure-craft vessel operating near Point Loma, California. During the initial interception, they observed one person on board, but after boarding the vessel, they found an additional 12.

“All onboard were suspected of attempting to enter the U.S. illegally and were transported to the USCG base on North Harbor Drive, San Diego,” CBP said. Agents later took all 13 individuals into custody.

The vast majority of those being detained by border agents are children and family units from Central America that Border Patrol is forced to release quickly, despite the fact that 90 percent of them never show up for their subsequent immigration hearings.

Trump has also applauded Mexico for its recent efforts to curb illegal immigration.

“Mexico, using their strong immigration laws, is doing a very good job of stopping people… long before they get to our Southern Border. Guatemala is getting ready to sign a Safe-Third Agreement. The only ones who won’t do anything are the Democrats in Congress,” Trump said on multiple Twitter posts last month.