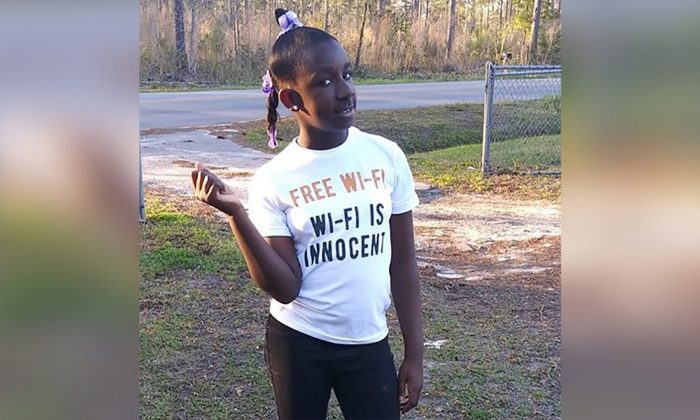 Cause of Death Revealed for South Carolina 5th-Grader Raniya Wright

Investigators said that a girl who died in a South Carolina classroom in March passed away due to natural causes and not from bullying or a fight.

Colleton County officials said 10-year-old Raniya Wright died when an unknown condition, known as arteriovenous malformation, or a tangling of blood vessels, caused a rupture in her brain, WLTX reported.

Prior reports stated that Raniya died during a classroom fight.

BREAKING NEWS: Investigators say Raniya Wright died of a condition she'd had since birth, not a fight.

A pathologist found that no evidence that a fight or trauma was the cause her death, said Fourteenth Circuit Solicitor Duffie Stone, according to the report on April 19.

The fight between Raniya and another student was a “slap fight” that only between 5 and 10 seconds, Colleton County Sheriff Andy Strickland said.

Raniya developed a headache about 10 minutes later, then fell unconscious and was rushed to the hospital. She died two days after the incident, USA Today reported.

“This does not appear to be a case of bullying,” Strickland added, saying there was no evidence of previous problems.

He said there was a teacher in the classroom a the time of the incident. After the fight, Raniya was taken to another room.

“There were no bruises no cuts, no scrapes, no busted lips, no black eyes,” Stone elaborated.

JUST IN: Officials say 5th-grader Raniya Wright died of natural causes following a school fight that lasted for only a couple seconds.

Officials said no charges will be filed in her case. The other student involved in the fight was not named.

“The headaches are a manifestation” of her “condition,” Stone told CNN. “It was a matter of time,” he said.

Sen. Margie Bright Matthews told AP in early April that she was trying to stop the rush to blame the substitute teacher in the classroom, administrators, or the other girl involved in the incident.

“I’ve heard a lot of people saying, oh they were kicking her. They ganged her. None of that. That is so far from the truth,” Bright Matthews said.

“They seemed to be OK when they left the classroom,” Bright Matthews added. The Walterboro Democrat said she has talked with the families of both girls, the substitute teacher, and school and law enforcement officials.

Parents are desperate for answers in the tragic death of a 5th grade girl who got into a fight at school. @KayleeHartung reports from Walterboro, SC where she spoke to #Raniya Wright’s Mother and Grandfather. pic.twitter.com/YwAEUlxLNz

According to the Post and Courier, Raniya’s mother disputed some of the findings

“My daughter was healthy,” Ashley Wright told the newspaper on April 19. “She was scared to get teased … it was the same girl for two years.”

Wright said it was the first time she heard of the girl’s medical condition, and her attorney, Margie Pizarro, said she was bullied several times by the same girl.

Pizarro told CBS News that the other child punched Raniya in the head after holding her in a headlock. The girl then pushed Raniya into a shelf, dislodging a brick-sized object that hit her in the head.

She said Raniya was an active girl who played basketball and showed no prior signs of a medical condition.

Her family will now consult with other medical officials to see if the fight contributed to her death, said Pizzaro.