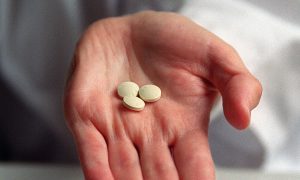 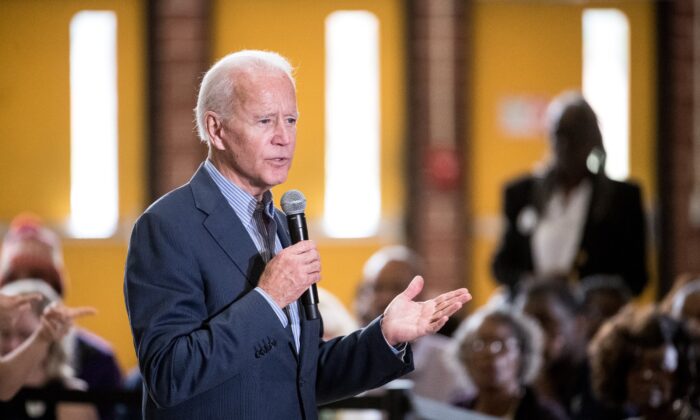 A Catholic priest said he denied Holy Communion to former Vice President Joe Biden because of Biden’s stance on abortion, the killing of unborn children in the womb.

Father Robert Morey of Saint Anthony Catholic Church in Florence, South Carolina, confirmed Oct. 28 that he denied the communion to Biden, who has been Catholic his whole life, on Oct 27.

“Sadly, this past Sunday, I had to refuse Holy Communion to former Vice President Joe Biden,” Morey told the Florence Morning News via email.

“Holy Communion signifies we are one with God, each other, and the Church. Our actions should reflect that. Any public figure who advocates for abortion places himself or herself outside of Church teaching.”

Morey said it’s his responsibility as a priest to share difficult truths with people who come into his church. “I will keep Mr. Biden in my prayers.”

Biden, a longtime senator before becoming vice president in 2008, for decades supported a ban on using federal health care money for most abortions, but he reversed that stance in June.

“If I believe health care is a right, as I do, I can no longer support an amendment that makes that right dependent on someone’s zip code,” Biden said.

Biden said that as a Roman Catholic, he had in 1976 voted to support the Hyde Amendment as a senator because he believed that those who were pro-life shouldn’t be compelled to pay for abortions sought by others, and that women would still have access to abortion even without Medicaid insurance and other federal health care grants. Now, there are “draconian attempts to limit access to abortion,” suggesting a possible need to repeal the Hyde Amendment if those attempts succeed, according to Biden’s campaign.

Biden’s change in position prompted a top fundraiser to drop his support for Biden.

“The far-left wing of the party has had influence on a number of issues, particularly on the issue of abortion, that is not going to serve candidates well once they’re in the general election,” Steven Krueger, president of the nonprofit Catholic Democrats, told Fortune.

“And the problem is, it’s very difficult to kind of tack back to the middle once you take a stand on something as black and white as whether or not you want to repeal” the Hyde Amendment.

Biden has said he doesn’t personally support abortion, but doesn’t want to impose his view on others.

“I accept it in my personal life, but I refuse to impose it on equally devout Christians and Muslims and Jews,” he said during a 2012 vice presidential debate about the Catholic church’s teaching that life begins at conception.

“I think it went too far. I don’t think that a woman has the sole right to say what should happen to her body,” he added, referring to the fetus.

In 2007, Biden shifted, saying during a debate, “I strongly support Roe v. Wade.”