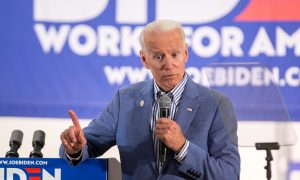 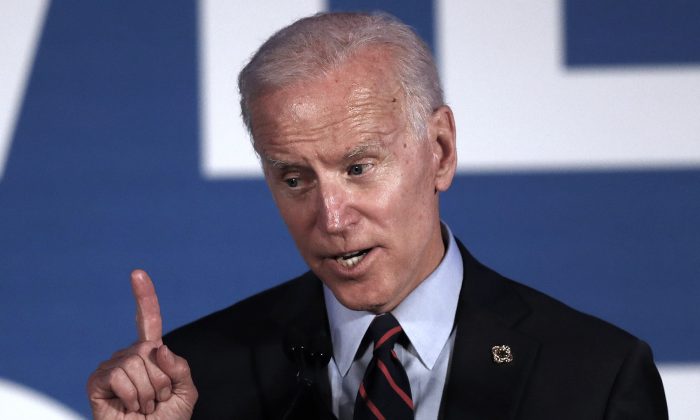 Joe Biden’s Top Fundraiser Withdraws Support for His Campaign, Predicts Others May Do the Same

A key fundraiser of Democrat presidential candidate Joe Biden said he has withdrawn his support for the former vice president and predicted that others may do the same.

Tom McInerney, a San Francisco based attorney, told Biden’s campaign on June 20 that he would no longer help the presidential candidate with fundraising for his campaign.

In a statement to CNBC, McInerney said, “I had actually let the campaign know I’d pulled back my support of Biden for now.”

He added that he didn’t think Biden “did well” during the Democratic presidential debate, while reflecting on his performance on the evening of June 27.

McInerney, who is one of Biden’s largest fundraisers, is the first supporter to pull support for Biden after the former vice president’s past comments on segregationists and flip-flopping in his position on abortion funding came into the spotlight in recent weeks, the news outlet reported.

Losing McInerney’s support may prove detrimental to Biden, as other supporters could follow suit, something the attorney predicted.

“I would imagine I’m not alone,” McInerney said.

Biden was confronted by fellow Democratic candidate Kamala Harris during the debate on June 27 for defending his work with former Democratic senators who opposed desegregation, saying that there was some “civility” and they needed to get “things done” at a recent fundraiser, according to reports at the time.

Harris accused Biden of opposing desegregation busing in the 1970s, a policy which was implemented to attempt to achieve racial balance in schools. Biden disputed the allegation, saying that Harris had mischaracterized his position.

“Do you agree today that you were wrong to oppose busing in America?” Harris asked Biden.

“I did not oppose busing in America. What I opposed is busing ordered by the Department of Education. That’s what I opposed,” Biden responded.

Similarly, Biden also made headlines for frequently changing his position on whether to repeal the Hyde Amendment, a measure that blocks federal funds from being used in abortion procedures in most cases. The former vice president was previously a staunch supporter of the Hyde Amendment but after criticism from fellow Democrats, he reversed his position, saying that he no longer supports the policy.

“If I believe health care is a right, as I do, I can no longer support an amendment that makes that right dependent on someone’s ZIP code,” Biden said at the time. “I’ve been working through the finer details of my health care plan like others in this race, and I’ve been struggling with the problems that Hyde now presents.”

The Democratic front-runner, who is leading most of the polls, raised $6.3 million in the first 24 hours of his 2020 presidential campaign, beating out fellow candidates like Sen. Bernie Sanders (I-Vt.), who raised $5.9 million, and Beto O’Rourke, who brought in $6.1 million.

Meanwhile, President Donald Trump raised a stunning $24.8 million in less than 24 hours on the day he officially launched his re-election campaign. The figure was first released by Republican National Committee (RNC) Chairwoman Ronna McDaniel a day after Trump’s rally in Orlando, Florida.