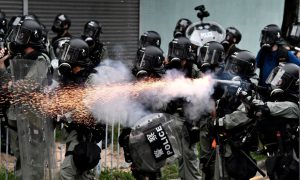 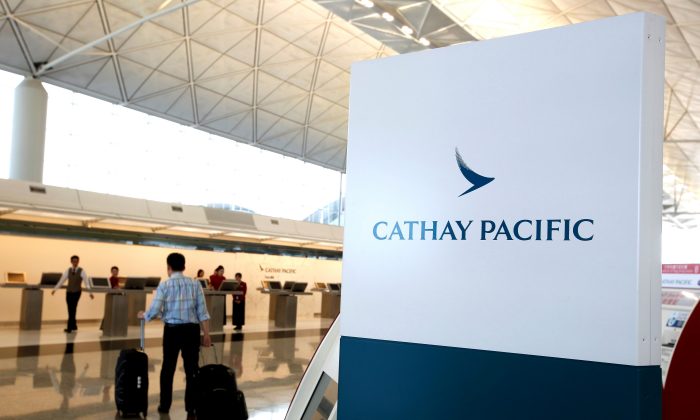 BEIJING/HONG KONG—Shares in Cathay Pacific Airways closed at a 10-year low on Aug. 12 after the Hong Kong flag carrier became caught in crosswinds between Beijing and pro-democracy groups in the Asian financial hub.

Increasingly violent protests since June have plunged Hong Kong into its most serious crisis in decades and are one of the biggest popular challenges to Chinese leader Xi Jinping since he came to power in 2012.

The airline moved fast to comply with the demand from the Civil Aviation Administration of China (CAAC), suspending a pilot arrested during anti-government protests in Hong Kong and firing two airport employees citing misconduct on Saturday.

It also said it would bar “overly radical” staff from crewing flights to the mainland, and analysts said the tighter oversight, along with the impact the protests could have on traffic, could affect the airline’s bottom line.

“Not only is this likely to affect direct China flights, but also flights to Europe and, to a lesser extent, to the U.S., given that they fly over China airspace,” Jefferies analyst Andrew Lee said.

Passenger traffic in mainland China, Europe and North America accounted for over 50 percent of all Cathay’s traffic in the first half of this year, according to Jefferies data.

Cathay was also on Monday among airlines affected by the Hong Kong airport’s decision to cancel all flights. The airline warned passengers in a travel advisory that the impact could last until Tuesday morning.

This would affect about 130 departure flights for Cathay, and in turn over 32,800 passengers, according to travel data specialist Cirium.

Shares in the company tumbled to HK$9.80, their lowest level since the 2009 financial crisis.

The company, which in March reported its first profit in three years, has seen a decline in forward bookings for travel to Hong Kong due to the Hong Kong protests.

It was not immediately clear how the regulator’s directive would affect flight staffing. Cathay CEO Rupert Hogg told staff the company would report to the CAAC by Thursday on how it would improve flight safety, according to a copy of a letter seen by Reuters.

Cathay did not respond to a Reuters request for comment on staffing, but said that crew lists were being sent in advance of all operations in China. It said the information was no different to what it had always provided to jurisdictions and was being sent in the same general declaration format.

“The only difference is that such information is being sent earlier than in the past in advance of all operations in mainland China,” it said in an e-mailed statement.

In a statement on Saturday, it said the CAAC should have “respected Hong Kong people’s rights and freedoms” on the basis of the “one country, two systems” principle, which guarantees the former British colony a high degree of autonomy from Beijing.

By Donny Kwok and Brenda Goh