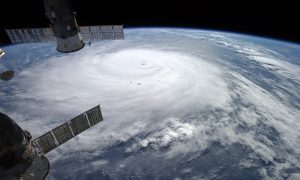 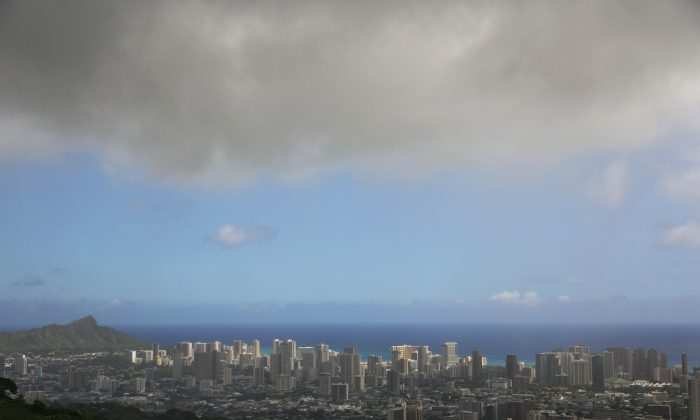 In this Aug. 7, 2014 photo clouds hang over Honolulu as Hurricane Iselle approaches. (AP Photo/Marco Garcia)
US

MIAMI—Hurricane Andres strengthened a little early Monday far out over the eastern Pacific and is generating swells that are likely to cause dangerous surf and rip currents on parts of the west coast of Mexico’s Baja California peninsula.

The first named storm of the season is a Category 4 hurricane with maximum sustained winds near 145 mph (230 kph) Monday morning. The U.S. National Hurricane Center in Miami is forecasting that the storm will begin weakening later in the day.

Andres is centered about 825 miles (1,325 kilometers) southwest of the southern tip of Baja California, Mexico.

Meanwhile, a tropical depression in the Pacific is expected to strengthen to a tropical storm later in the day. The depression is centered about 345 miles (550 kilometers) south-southwest of Zihuatanejo, Mexico, and is moving northwest near 6 mph (9 kph).