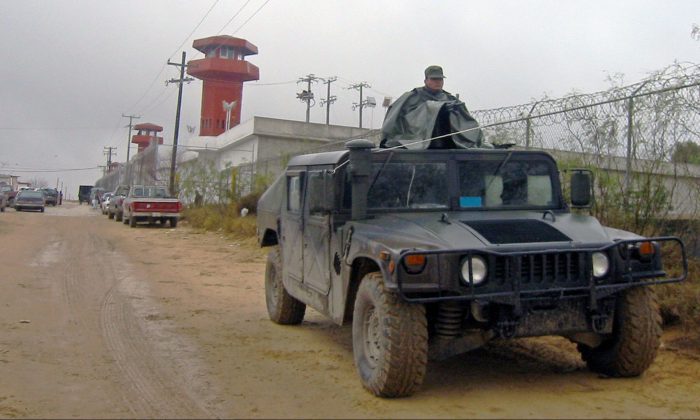 A regional head of the infamous Los Zetas Cartel was stabbed to death in a Mexican state prison, according to law enforcement sources, Breitbart reported.

Francisco Javier “Tom Cabezon” or “Big Head Tom” Garcia, 29, was murdered by three rival inmates on Sunday (July 2) night, just three days after he was transferred from Ciudad Victoria to Nuevo Laredo. His body was found during a morning headcount.

The suspects were identified as Ismael “N”, Jorge “N”, and Ricardo “N”.

The previous boss, Francisco “Pancho” Carreon, was gunned down in April. Garcia didn’t enjoy his new leadership position for long, as he was arrested in early June.

His June 29 prison transfer proved unfortunate for him, as the Nuevo Laredo prison is controlled by a rival Los Zetas faction, Cartel Del Noreste.

About two years ago Breitbart recruited some citizen journalists in Mexico’s border states, who report for the publication “about the raging violence and rampant corruption.” They use pseudonyms to protect themselves from retaliation by the cartels. Their work is published under the “Cartel Chronicles” tag.